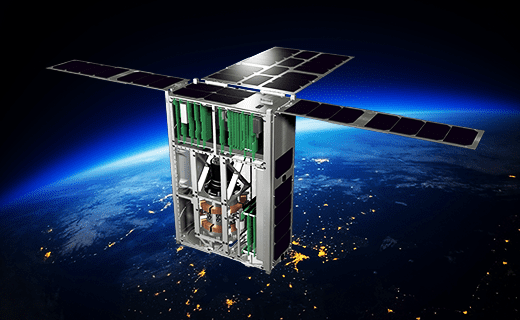 Teledyne e2v are collaborating with STFC RALSpace and University of Birmingham in the development of a cold atom quantum-technology based instrument in preparation for a future space mission to take sensitive measurements of atmospheric drag.

Chelmsford, UK, November 25, 2020 – Teledyne e2v’s Space & Quantum team, a part of the Teledyne Imaging Group, based in Essex in the UK are collaborating with STFC RALSpace and University of Birmingham in the development of the Cold Atom Space Payload (CASPA) Accelerometer.

The company was selected through the open competition for the 13th Earth Observation (EO) Technology Call, run by the Centre for Earth Observation Instrumentation (CEOI) on behalf of the UK Space Agency, for its submission of a proposal for a highly innovative space based instrument.

The CASPA Accelerometer project will develop a cold atom quantum instrument in an autonomous, low power, compact form factor, in preparation for a future space mission to take sensitive measurements of atmospheric drag.

The new accelerometers are based on an area of quantum technology that uses alkali atoms, which are cooled by lasers close to absolute zero, without the use of cryogenics. The sensors will enable a dramatic step forward in our understanding of upper atmospheric dynamics and drive advances in climate modelling, weather forecasting and satellite orbit prediction.

This project will build on Teledyne e2v’s previous work to build the Cold Atom Space Payload (CASPA) CubeSat, which demonstrated a cold atom trap and represents a major step toward using cold atoms for space applications.

This industrial and academic collaboration aligns strongly with the key objectives of the UK Space Agency EO technology strategy, and reinforces the UK’s position as a world leader in the provision of cold atom payloads and sensors for a new generation of Earth observation satellites.

Teledyne e2v is part of the Teledyne Imaging Group. Their innovations lead developments in healthcare, life sciences, space, transportation, defence and security and industrial markets. Teledyne e2v’s unique approach involves listening to the market and application challenges of customers and partnering with them to provide innovative standard, semi-custom or fully-custom imaging solutions, bringing increased value to their systems. For more information, visit https://www.teledyne-e2v.com