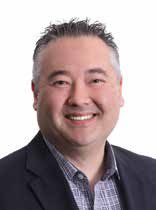 Chris Bell is the vice president of marketing and product management for e-Builder, a Trimble organization. Donna Laquidara-Carr is the industry insights research director at Dodge Data and Analytics. 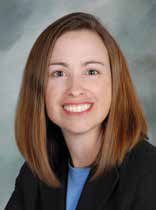 Project-management (PM) software has rapidly become part of most modern infrastructure projects, as they’ve proven to help projects become more efficient and reduce budget overruns. However, many different PM approaches have been tried, and they often come from either an owner- or contractor-centric model that favors one group over the other.

To help quantify and better understand the optimal approach to integrating PM software into infrastructure, Dodge Data and Analytics worked with e-Builder, a Trimble organization, to create a report, “Connecting Owners and Contractors: How Technology Drives Connected Construction,” which highlights the challenges that arise when owners and contractors manage construction projects using disparate software applications without automated data exchange.

According to Laquidara-Carr, 98 owners and 112 contractors (mostly general contractors, construction managers and design builders) participated in the report’s survey. Key findings include the following:

• Only 38 percent of respondents are satisfied with the current state of data connectedness. 65 percent of owners and 51 percent of contractors see high or very high value in a single data platform that all parties can use for collaboration and sharing.

• 73 percent of contractors report medium or high impact on the productivity of workers due to double-entry of construction data.

“The research itself was very owner/contractor focused, but in the findings and in-depth interviews we also conducted, it becomes clear that it’s the entire project team that needs to share data,” notes Laquidara-Carr. “We’re really moving into a new age where data sharing is going to be the big determinant of success on projects.”

How We Got Here

“The challenge this report really identified was the fact that the contractor community often brought their own project-management system, which includes the ability to store design documents,” says Bell.

The contractors’ PM systems included all drawings associated with the project as well as current cost and scheduling information. More recently, owners became interested in knowing the detailed level of projects, as they were most at risk in terms of cost overruns and schedule delays, so they started adopting PM systems to help equip themselves.

“When an owner bids out a project, and they award it to an engineering firm, that contractor is likely to bring their own PM system,” notes Bell. “But those two systems didn’t talk to one another, which introduces risk. If you chose one application to share between two parties, somebody was losing.”

The Dodge/e-Builder report measured the toxicity of these separate systems, finding that owners really didn’t know the impact they were having on some of their contractors.

One System for All

e-Builder, like a few other infrastructure PM entries in the market, attempts to unify these differing systems into one application, taking a platform approach. “This way, a contractor gets to use their own project-management system and retain all the data they need, and it’s designed for them,” adds Bell. “And the owner gets the exact same thing. They get their owner-centric perspective on the project, get to do things owners do, and then these two systems talk to one another. That’s what drives out all the inefficiency of double data entry, lack of transparency and manual processing.”

“The technology has caught up with the ability to exchange data—not between systems, but between organizations,” adds Bell. “That’s where the value is, and that’s what this report reveals.”

A complimentary version of the Connecting Owners & Contractors SmartMarket Brief is available at www.connectedaec.com.