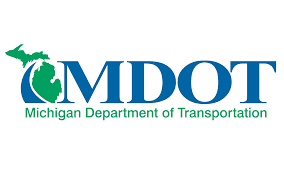 Chynoweth, a 17-year veteran of the department, is director of the department’s Bureau of Bridges and Structures (BoBS) (which develops statewide policy for design, construction, maintenance and operation of the state’s 11,218 bridges) and serves as the Michigan bridge lead for the Gordie Howe International Bridge. He oversaw a complex bearing replacement project on the I-75 Zilwaukee Bridge (also known as the Z-Bridge) in 2013 and 2014.

“I’m not a big fan of awards or personal recognition, but to have a group like that think that way of me is very humbling,” Chynoweth said of the award, announced Nov. 4 at ASBI’s 2020 Virtual Convention.

“Michigan is so fortunate to have Matt’s nationally recognized expertise here at MDOT, providing direction and oversight for all public bridges,” Ajegba said. “Under his leadership, the Bridges and Structures team works every day to keep our bridges safe and passable.”

A new video posted to MDOT’s YouTube channel features Chynoweth’s career at MDOT, the benefits membership in ASBI brought to the Zilwaukee Bridge project, and his affinity for the Z-Bridge.

“This bridge is just my favorite because, quite frankly, I don’t think many people consider it their favorite,” Chynoweth said of the Zilwaukee Bridge, which was one of the largest concrete structures in the United States when it was completed in 1988. “Just the sheer size and complexity of this bridge just makes it my favorite.”

The Zilwaukee Bridge is the largest post-tensioned segmental concrete bridge in Michigan. This type of bridge construction (also used in building the US-131 bridge over the Muskegon River and the M-39 southbound ramp to eastbound I-94) offers benefits that include efficient construction and durability.

More information on segmental bridges is available on the ASBI website at https://www.asbi-assoc.org/index.cfm/segmental-construction/methods