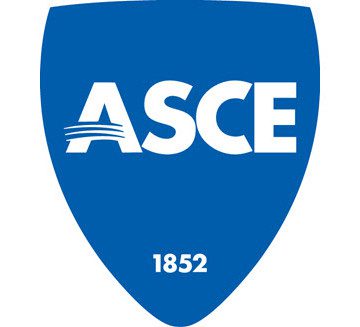 ASCE has updated the primary document that guides and protects decisions made by civil engineers around the world.

At its quarterly meeting Oct. 26, the ASCE Board of Direction approved the suggested changes to the Society’s Code of Ethics, marking the first wholesale update of the code since 1974. The changes went into effect immediately.

“It has been a while since we had a comprehensive review of our Code of Ethics, so it was time that we did one,” said ASCE 2020 President K.N. Gunalan, Ph.D., P.E., D.GE, F.ASCE. “The new code language is simple, inclusive, and hopefully comprehensive in terms of our understanding of the engineering practice. More importantly, it lists an engineer’s obligation by specific priority so that there is no confusion or conflict.”

At first glance, the most obvious difference is one of brevity. ASCE’s new code of ethics word count is about a quarter of that of the previous document. However, Brock Barry, Ph.D., P.E., F.ASCE, a professor at the United States Military Academy and chair of the Task Committee on the Code of Ethics, said fewer words should not be mistaken for less meaning.

“I would note that while the format and structure of the Code of Ethics has changed, the heart of the prior code is still in place,” Barry said. “All of the topics embodied in the prior code can be found in the new code. The new code is more clear and more concise.”

The task committee began its work to revise the code in October 2018, updating the board several times and incorporating feedback from members along the way.

The new code emphasizes usability and enforceability, modernizing the language while dispensing with the previous document’s canon model. Instead, the new code creates a hierarchy of stakeholders within an engineer’s ethical responsibilities.

“Canons-based codes were very much in vogue for a period of time,” Barry said. “Many of our sister professional organizations have moved away from the use of a canons-based model. They fail to resonate well with values-based cultures.  And they tend to not be intuitive or easy to use. That can lead to significant gray areas in which an engineer is unable to determine which canon takes precedence in the event of an ethical conflict between stakeholders.”

The new Code of Ethics preamble states, “Members of the American Society of Civil Engineers conduct themselves with integrity and professionalism, and above all else protect and advance the health, safety, and welfare of the public through the practice of civil engineering.”

The stakeholder priorities follow – beginning with society on through the natural and built environment, the profession, clients and employers, and peers. This allows civil engineers to clearly articulate their ethical responsibility to each. The stakeholder model also means that topics such as the canon added in 2017 that required fair and equal treatment for all are integrated throughout the code, instead of being isolated in one section of the document.

Another key factor motivating review of the code in 2018 was the notion that technological changes since 1974 were putting the previous version at risk of going out of date. The new code then focuses on behavioral intent, rather than creating a list of prescriptive rules, in hopes of allowing the ethical principles to weather any future industry changes.

Notably, the language in the code also is positive as opposed to a list of rules and regulations.

“We avoided the term ‘not’ as much as possible,” Barry said.

Other important features of the new Code of Ethics:

• Heightened obligation for reporting for bribery, fraud, and corruption.

• Emphasis on health and safety “in the workplace” for the first time.

• Strengthened language on an engineer’s ethical responsibility to “adhere to the principles of sustainable development.”

• Removed outdated language on product endorsements and other advertising speech.

Barry, in addition to thanking the task committee’s members, addressed the board at the meeting by encouraging the Society to continue to revise and improve this new Code of Ethics.

“While I had the honor to champion the new Code of Ethics,” Barry reiterated later, “you will never hear me claim that it is perfect. Having a system in place to conduct a comprehensive review on a regular cycle will help ensure that the living document is continuing to evolve with the profession.”