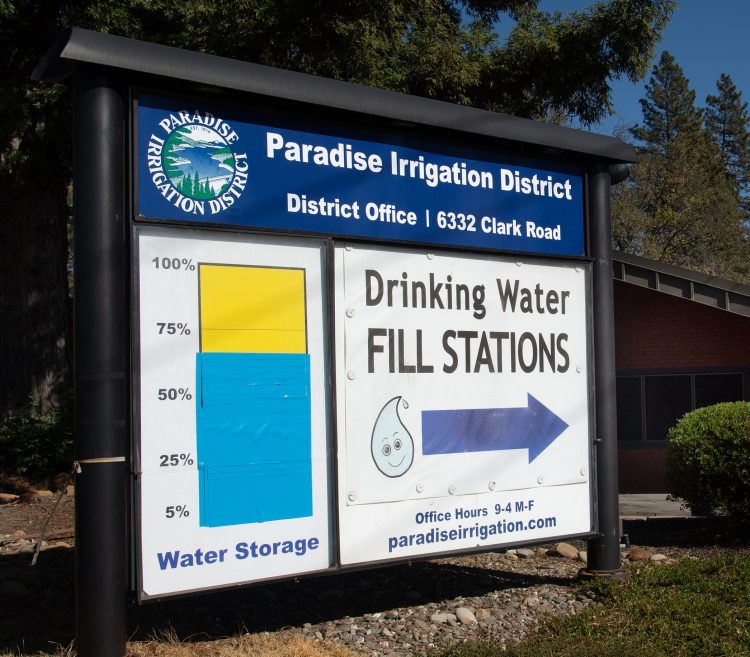 PARADISE, CA, November 06, 2020 – The rebuilding of the town here that was destroyed by the Camp Fire continues with a focus on the rapid replacement of water service lines. “When we’re done, there will be about 315,000 feet of new HDPE service lines,” stated Kevin Phillips, Town Manager for the Town of Paradise.

The Paradise Irrigation Department is replacing all water service lines using high-density polyethylene (HDPE) PE 4710 pipe in diameters of one to two inches. The pipe, PolyFlex™ CTS potable water service tubing from Advanced Drainage Systems, Inc. (ADS) (NYSE: WMS), is resistant to rot and corrosion, can be easily installed and is consistent with industry specifications for potable water. 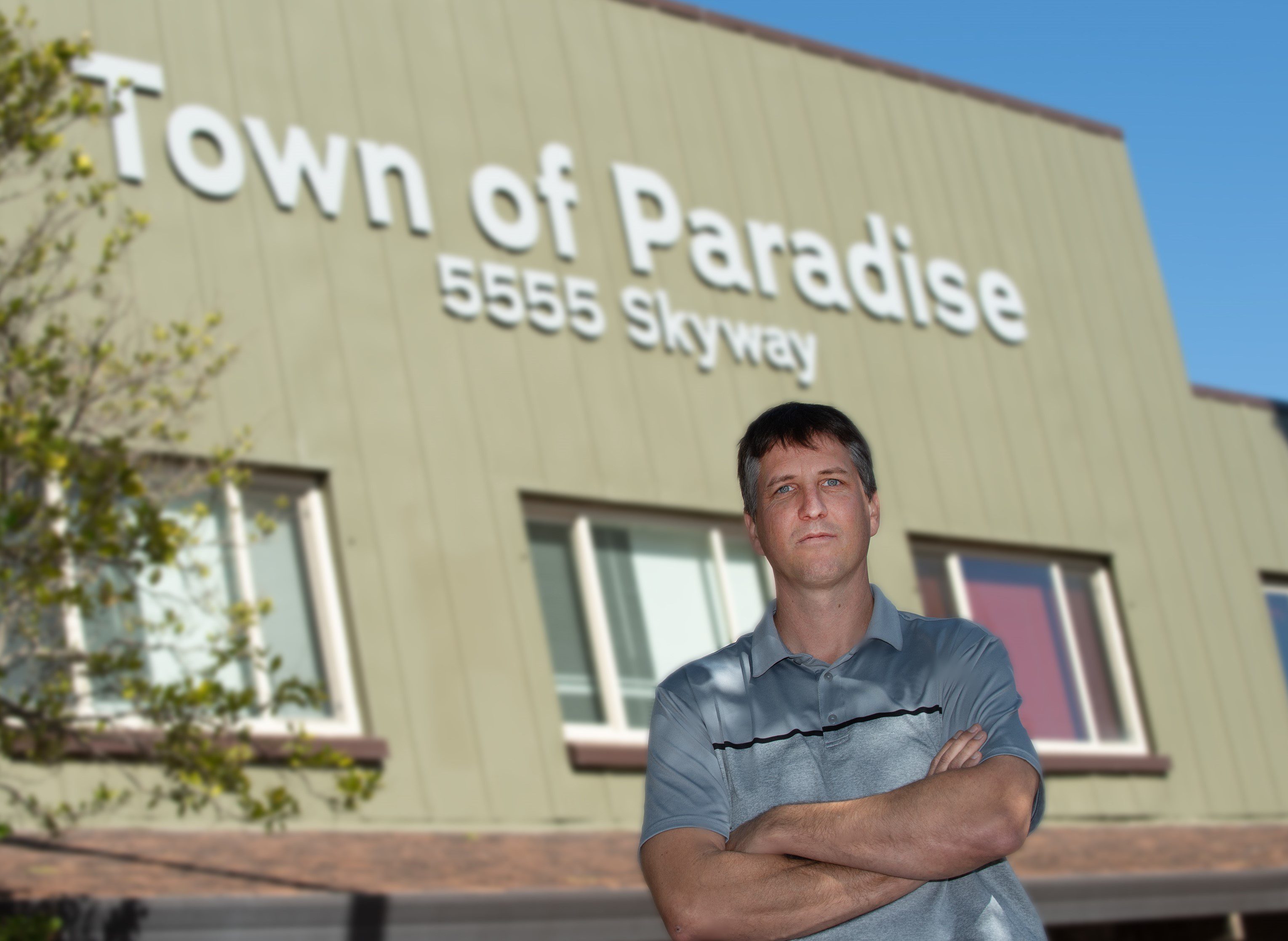 Kevin Phillips, Town Manager, Town of Paradise, “It is clear that the contamination was from the burned-out environment that got sucked into pipes. Pipes of all materials were found to be contaminated.”

“This SDR 9 PolyFlex tubing from ADS is produced in accordance with AWWA Standard C901, and meets NSF 14 and 61 standards,” explained Camille George Rubeiz, P.E., F. ASCE, co-chair, HDPE Municipal Advisory Board and senior director of engineering, Municipal and Industrial Division of the Plastics Pipe Institute, Inc. (PPI). “This means that the pipe is certified for potable water systems because it meets or exceeds the requirements for health effects in drinking water components, and also the performance criteria of plastic piping components as stipulated by NSF. PE 4710 compounds offer an excellent level of performance for trenchless and open cut installations. The PE 4710 HDPE pipe can be used with increased flow capacities plus increased resistance to surge events and fatigue. The ANSI/AWWA C906-15 standard includes PE 4710 for sizes up to 65 inches and recognizes the increased durability and reliability of HDPE pressure pipe used in water systems.”

After the fire, accusations were made that sections of burnt plastic pipe found above ground created benzene, which found its way into the Paradise water system. The Plastics Pipe Institute, the major North American trade association, investigated.

“These claims are patently false,” stated David Fink, PPI president. “There has been no evidence that plastic pipes are responsible for the production of benzene or any other contaminant due to the heating of the pipes during the Camp Fire. It’s clear that the contamination was from the millions of tons of the fire-ravaged environment that got sucked into water system.”

According to Phillips, “What the district saw was that the contamination from the fire was not associated with any particular pipe material and that even the galvanized and copper pipes that were in the ground saw the same amount of contamination as the polyethylene. There was a similar percentage of contaminated service laterals with those other materials as there was with polyethylene. So, we decided to continue to use polyethylene because of the ease of use and the cost being the best on the market. We felt it would be the best choice for the rebuilding of Paradise. 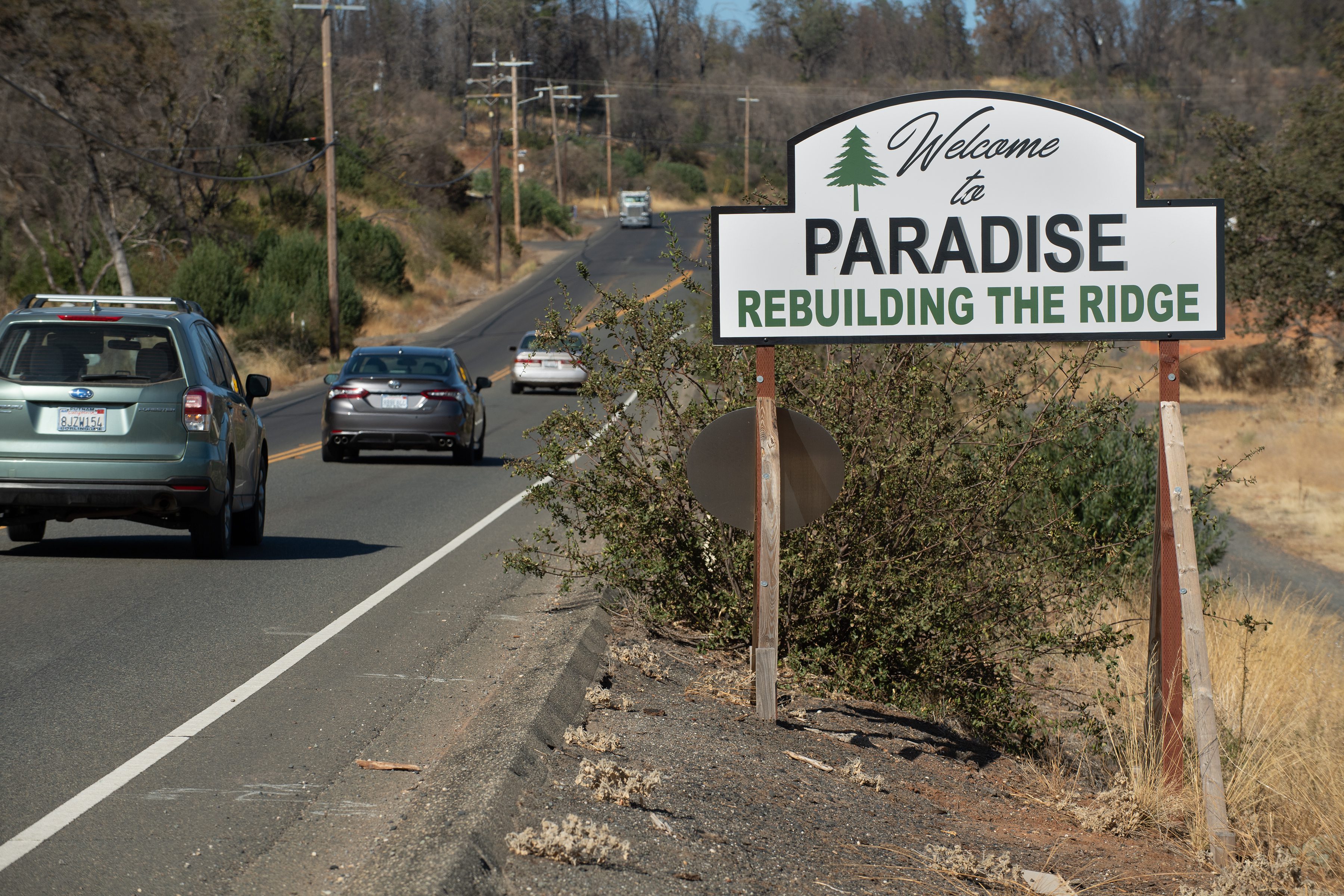 Displaced and new residents are part of the rebuilding of Paradise.

“This town was built during many, many decades. When they first started building it, the pipes in the ground were actually lead. During the boom in the 1950s, most of the pipes that went into the ground were galvanized steel. There were issues with corrosion so the district moved to copper pipe which, at that time, was the industry standard. Again, there were flexibility and corrosion issues especially with the acidic soil conditions. And so, the district finally moved to polyethylene because of the durability and made that our standard. We felt it would be in the ground for many, many years. Even after the fires, we found the buried polyethylene was undamaged from direct contact with heat. The issue we found was contamination in the majority of service laterals which served burned structures, regardless of material type so, we needed to replace those service lines. It (the HDPE pipe) also gave us the ability to come back and upsize those service lines to support the rebuild and meet with customers’ requirements for their meters and fire service. PE seems to be the best product to meet those needs. Seismically, it’s flexible and can handle the movement up here. It’s easy to pull in trenchless which makes it beneficial for the rebuild process.

Phillips estimates that the new Town of Paradise will take nearly 20 years to be back to where it was prior to the Camp Fire.

“It takes a long time to build homes,” he said. “We have had a huge surge of building permits issued in the Town of Paradise. There is a ton of pressure on getting new water service to those new rebuilds. And with polyethylene, it has created efficiencies so that we can get out there and get a service line in within an hour or two of that request. Once we get there and onsite it’s very easy to get in that water line because of the use of polyethylene.

“By use of the polyethylene and the ability for us to get it in without a lot of problems and be able to get it in the street and work around issues that might be there, such as rocks and other services that are coming underground. It makes the rebuild process and getting the water service back a lot easier than it would be if we had to bore through with a steel or copper (pipe). PE is our standard moving forward and throughout the rebuild process.”

Additionally, large diameter N-12® corrugated HDPE pipe from ADS is being used on several stormwater drainage projects in Paradise. These include the Paradise tennis courts and the Paradise softball field.

As a service to the industry, the PPI recently published its analysis of benzene contamination found at the site of the 2018 Camp Fire catastrophe in and around Paradise. The 13-page report, PPI Document TR-51 “Investigation of Benzene in Drinking Water Following the “Camp Fire” in Paradise, CA”, is available free at the PPI website — https://plasticpipe.org/pdf/ppi-tr-51-2020.pdf

More information can be found at www.plasticpipe.org.

The Plastics Pipe Institute, Inc. (PPI) is the major North American trade association representing the plastic pipe industry and is dedicated to promoting plastic as the materials of choice for pipe and conduit applications. PPI is the premier technical, engineering and industry knowledge resource publishing data for use in the development and design of plastic pipe and conduit systems. Additionally, PPI collaborates with industry organizations that set standards for manufacturing practices and installation methods.