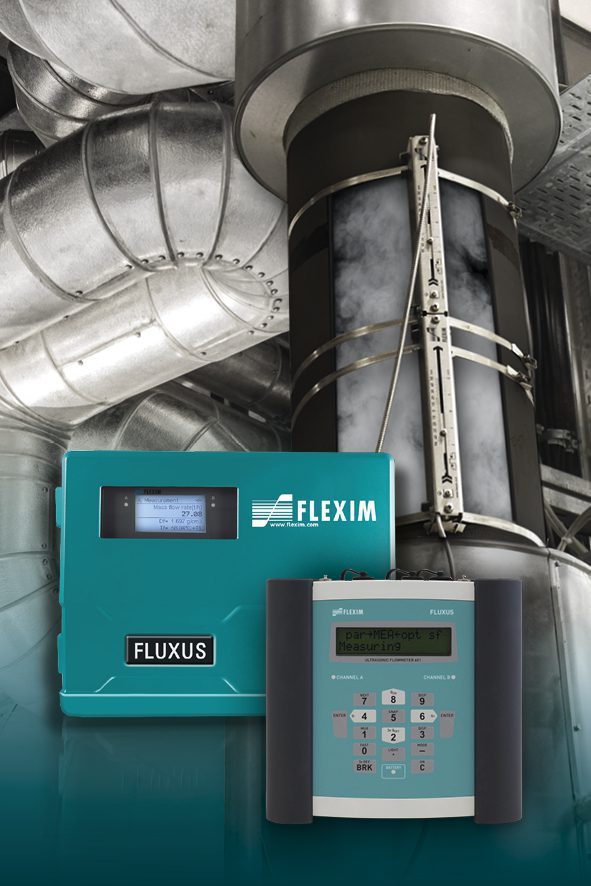 The FLUXUS ST Ultrasonic Clamp-On steam meter was chosen due to its versatility in providing steam measurements that are reliable and accurate without having to be inserted inside the pipe. Industrial companies throughout the world use steam for applications as well as building heating. Providing a method that is non-intrusive to existing operations is desired by facility owners. The technology does not interrupt flow pressures or malfunction and wear out faster due to high steam temperatures.

Developing a non-invasive, clamp-on ultrasonic steam meter was the challenge that FLEXIM took on. Already well known for the portable and permanent non-invasive flow meter products for liquids and gases, FLEXIM had numerous hurdles to overcome when taking on steam measurement. This is a problem that global companies have been trying to crack for over 15 years due to the dry saturated steam taking on similar characteristics as gas yet possessing higher temperatures.

“Nowadays, it has become quite hard to explore unknown territories,” said Denis Funk, Industry Power Manager at FLEXIM, when discussing its new FLUXUS steam flow meters. “We didn’t want to leave this field entirely to Elon Musk. No one before us has succeeded to measure high-temperature steam non-invasively. This accomplishment makes us proud.”

The case study submitted as a nomination for the contest evaluated a university’s issue with trying to measure low demand/low flow rates from the main boiler’s steam line. They wanted better boiler output measurements for the building, or rather the campus dorms, during the summer. However, the existing flow meters that were in operation could not efficiently and reliably track these lower rates. Making the switch over the FLEXIM’s FLUXUS products would ensure greater flow rate accuracies without interrupting processes. They chose the FLEXIM G721 ST clamp-on flow measurement meter as it would store all operating parameters, meter diagnostics and operational data while sending the real-time data to an HMI.

As the winner of 2020 Flow Control Innovation Awards, FLEXIM will have its products and company featured throughout Flow Control’s media platform. An exclusive interview between Flow Control’s editor, Molly Rogers, and FLEXIM’s Director of Technical Operations, Izzy Rivera, talking about the FLUXUS ST has also become available for viewing on the Flow Control and FLEXIM website.