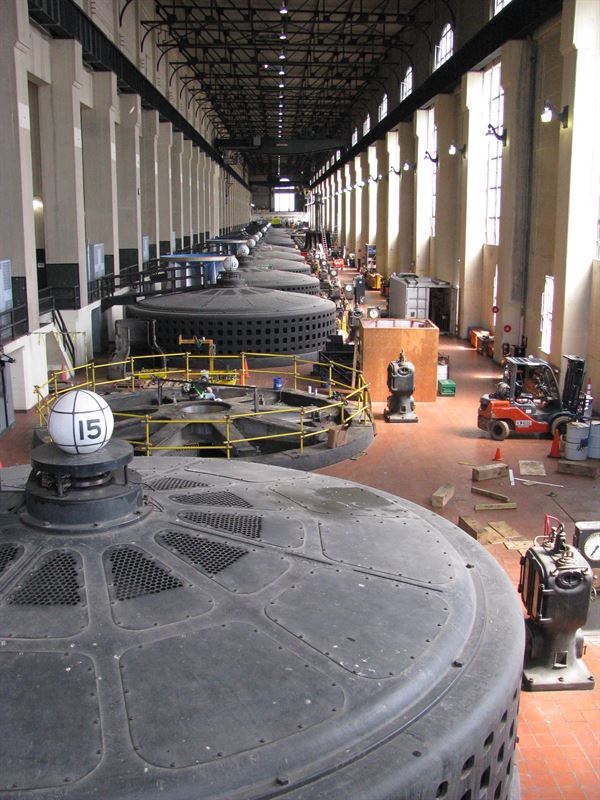 American Hydro, part of Wärtsilä Corporation, has been awarded a major contract to perform rehabilitation services and complete the upgrade and refurbishment of the Unit 5 & 15 turbines at Ameren’s historic Keokuk Hydroelectric plant in Iowa, USA. The order with Ameren Corporation was booked in July.

American Hydro designed, manufactured and delivered new 200-inch, 120,000-pound Francis type runners for these units under a previous contract. The new contract includes all field labor and supervision to conduct a simultaneous two-unit outage, disassembly of the major turbine and generator components, shop and field rehabilitation and machining, installation of the new runners and refurbished turbine components, and commissioning of the upgraded turbines.  Engineering and planning are currently underway, and the outages are scheduled to start this fall and finish in the spring of 2021. Upon completion of this work, American Hydro will have upgraded all 15 turbines at the Keokuk plant.

From Gerry Russell, Vice President of American Hydro: ”This contract represents the culmination of a 20 year partnership to upgrade the Keokuk hydroelectric plant. We appreciate the trust Ameren has placed in American Hydro throughout this process.”

The 142 MW Keokuk hydroelectric plant was originally commissioned in 1913 and has been in continuous operation with the original equipment since that time. It is the largest privately owned and operated dam and hydroelectric generating plant on the Mississippi River. The plant is listed in the National Register of Historic Places as Lock and Dam No. 19.

Ameren Corporation is based in St. Louis, serving 2.4 million electric, and 900,000 natural gas customers across 64,000 square miles in central and eastern Missouri and the southern four-fifths of Illinois.

Wärtsilä in brief:
Wärtsilä is a global leader in smart technologies and complete lifecycle solutions for the marine and energy markets. By emphasising sustainable innovation, total efficiency and data analytics, Wärtsilä maximises the environmental and economic performance of the vessels and power plants of its customers. In 2019, Wärtsilä’s net sales totalled EUR 5.2 billion with approximately 19,000 employees. The company has operations in over 200 locations in more than 80 countries around the world. Wärtsilä is listed on Nasdaq Helsinki.
www.wartsila.com