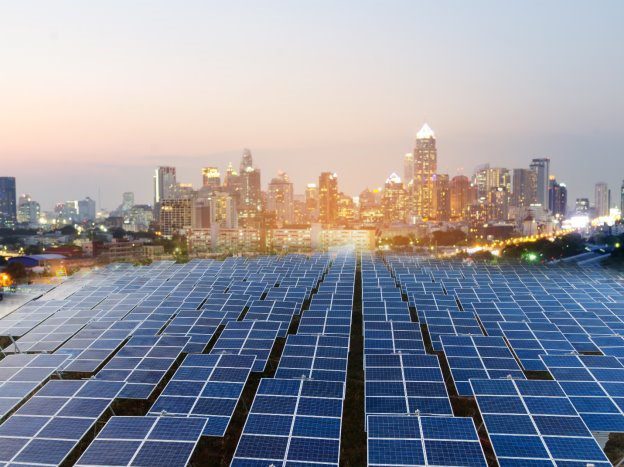 New Mexico is launching a new ‘smart infrastructure’ and carbon-neutral energy era on a grand scale, after its 2019 Energy Transition Act (ETA) positioned the US state as a global leader to fight Climate Change.

Its ambition will be enabled by partnership between The Agile Fractal Grid (AFG), developing a new integrated power and broadband network, and Cityzenith, creator of the revolutionary Digital Twin platform SmartWorldPro.

The state and these partners predict the multi-billion-dollar project will transform life and the economy in New Mexico (pop. 2.35m, GDP $104bn) and ripple outwards as other energy operators, states and nations see the benefits: 1,000s of new businesses, 100,000s of new jobs, better and faster data links, higher infrastructure efficiency, and up to six new smart cities.

Those living there will experience ‘smart’ IT benefits in entertainment and hospitality venues, retail, transport hubs, health and hospitals, security, telecoms, power utilities, employment, and manufacturing.

Key to all this potential is Cityzenith’s SmartWorldPro, a breakthrough software able to unify all planning data and diverse software. It speeds hi-res 3D Digital Twin modelling of the replacement infrastructure towards efficient design before construction, and streamlines ongoing operation and development of the new assets.

Cityzenith’s CEO Michael Jansen said: “It’s the kind of visionary project SmartWorldPro was designed for and we are already modelling New Mexico’s biggest city, Albuquerque (915,000) before rolling out across the state over a 10-year program.

“SmartWorldPro can integrate with AFG’s futuristic portfolio of AI, smart building, and other technologies towards a ‘Smart Connected Community’ for cities, large venues, and even whole states.”

“But individuals will also be impressed by Living-as-a-Service™, the emerging bundled entertainment, ticketing, hospitality, housing, transportation, food and beverage, wellness, and utilities platform.

“And Cityzenith’s SmartWorldPro means we can show and deliver this data-rich ‘smart lifestyle’ to everyone in New Mexico – urban and rural. Longer-term, this sustainable power, comms, and lifestyle ‘reset’ could span North America, and national 10GB broadband may be just 10 years away.

Michael Jansen added: “It’s easy to see the benefits for New Mexico, but this cutting-edge technology can go global, pushing back against urban pollution and Climate Change and trillions in economic and environmental damage.

“Cities occupy less than 2% of the Earth’s surface, yet consume 78% of global energy and pump out 60+% per cent of greenhouse gas emissions* while 100 megacities like New York, Seoul, Hong Kong and Shanghai produce a shocking 18% of those emissions**.

This follows the recent media coverage across the US where Cityzenith has pledged it’s SmartWorldPro technology to the worlds most polluted cities.

About Cityzenith
Cityzenith is based in Chicago with offices in London and New Delhi. The company’s SmartWorldPro2™ Digital Twin platform was created for anyone designing, constructing, and managing complex, large-scale building projects, properties, and real estate portfolios. Cityzenith recently launched their ‘Clean Cities – Clean Future’ mission with a pledge to give their Digital Twin technology to the worlds most polluted cities, one at a time. The aim to help them achieve their carbon neutrality goals.  The first city will be announced in December this year.  Find out more on www.cityzenith.com

About Agile Fractal Grid
Agile Fractal Grid is based in Boston with offices in Seattle, Provo, Charlotte, and Ft. Myers.  The company’s services platform provides important infrastructure for communications, distributed power at scale, and a variety of smart city applications for both industry and for outright quality of living.  Its Digital Twin is used for massive rollouts at scale.  Its Tech-YOU-Topia constellation is poised to support new business upskilling at scale.  Find out more on https://theagilefractalgrid.com/