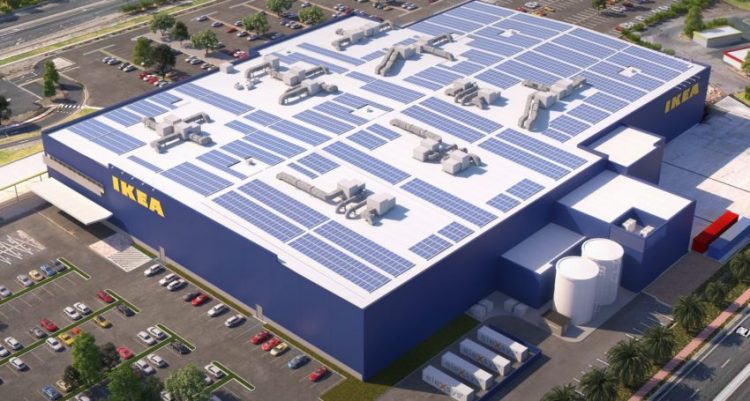 An IKEA store in Adelaide, South Australia will soon become a community microgrid supplying energy from its rooftop array.

The IKEA Australia Clean Energy Transformation Project will transition IKEA Adelaide to operating with 100 per cent renewable energy by 2025, with the excess energy being placed back into the state power grid.

The project, funded by $1.95 million from the South Australian Government’s Renewable Technology Fund, is being run in conjunction with Planet Ark Power, SA Power Networks and Epic Energy.

The first stage of the project includes 1.2MW of solar panels installed on the rooftop of IKEA Adelaide, coupled with a 3.4MWh onsite battery, managed by Planet Ark Power’s eleXsys energy management system.

The owner and operator of the microgrid, Epic Energy, will provide over 70 per cent of the store’s electricity consumption. The installation of the eleXsys technology solution will enable the surplus stored clean energy to be traded into the South Australian network when demand is at its highest.

PV shade structures with additional solar panels will then be erected over the car park to meet the other 30 per cent of the store’s energy needs in stage two.

As part of the project, EV chargers will be installed for customers, co-workers and the IKEA delivery fleet servicing South Australia.

South Australia Minister for Energy and Mining Dan van Holst Pellekaan said the project was the first of its kind in Australia and will combine solar power and battery with Schneider’s microgrid management systems and Planet Ark Power’s voltage management system.

“These together allow IKEA to help SA Power Networks to manage the local network to improve the quality of power to nearby homes and businesses,” he said.

“The project will let IKEA significantly reduce its carbon footprint and make it easier for other companies to adopt low carbon technologies, and will combine innovative grid integration technology with 1.2MW of rooftop solar photovoltaics and a 3MWh (3.4MWh) CATL battery and is a significant project for the state.”

South Australia is also home to Tesla’s 100MW/129MWh battery, which became the “world’s largest lithium-ion battery” when it was installed at Neoen’s Hornsdale Wind Farm in December 2017.

The Hornsdale Power Reserve was expanded last month, bringing the battery to an upgraded capacity of 150 MW.