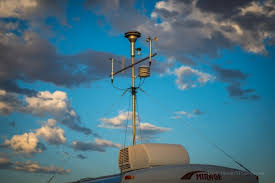 Air quality, specifically pollution, is a significant factor that contributes to a community’s health or decline thereof. In an effort to monitor and mitigate these environmental concerns in Southern Utah, the City of St. George has purchased cutting-edge equipment for the measurement of potentially hazardous substances in the air.

City officials, realizing the need for monitoring, recently authorized the purchase and operation of a BAM 1020 particulate measurement system, designed by Met One Instruments and certified by the EPA. The total cost was estimated at $45,000 and covered by the city’s general fund budget.

The machine collects data 24/7/365, which will then be analyzed by the city in partnership with the health department. This particular model was chosen mainly due to its portability. It can be shut down, moved and restarted in a 24-hour window. The city plans to relocate it throughout the county at least eight times per year. Locations are chosen due to the concern they present to air quality; most will be industrial areas.