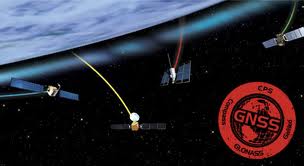 Finding your way through Australian skyscrapers and open pit mines should no longer be a challenge thanks to the latest integration of two global navigation satellite systems (GNSSs). After combining two satellite systems for the first time in 2012, Curtin University spatial scientist Professor Peter Teunissen, in conjunction with the Cooperative Research Centre for Spatial Information (CRCSI), has now taken the integration process a step further.

Professor Teunissen said mixing the established Global Positioning System (GPS) with the newest satellite system in the sky, the Chinese-developed Beidou, would have significant advantages because Beidou satellites were constantly crossing Australian skies.

“Have you ever tried to navigate in a city riddled with towering skyscrapers using a smartphone, but failed when the dot on the inbuilt navigation system can’t seem to pin you down in the right location?” Professor Teunissen said.

“This is because the satellites the system is using to find your location are positioned at a low angle in the sky and their signals are blocked by the skyscrapers.

“By combining GPS with Beidou we are making use of Beidou’s 14 new satellites that cross our sky at a high angle, increasing satellite availability, improving positioning capability and ultimately creating a system that is perfect for both urban and mining environments.”

Professor Teunissen said Beidou was still in development, along with a growing number of next-generation GNSSs from several countries around the world. By 2016, more than 100 GNSS satellites will be in operation, resulting in a broader and more diverse network.

Beidou plans to have 35 satellites fully operational by 2020.

“The emergence of these new GNSSs, together with the linking of different systems, has enormous potential for improving the accuracy, integrity and efficiency of positioning worldwide, enabling much more reliable data,” Professor Teunissen said.

A recent report on the benefits of precise positioning services, prepared by ACIL Allen Consulting Pty Ltd for the Department of Industry, Innovation, Climate Change, Science, Research and Tertiary Education, projected a boost to Australia’s GDP of up to $13.7 billion by 2020. Most benefit would be reaped in the mining, agricultural, construction and surveying industries.

Curtin University is a lead university in the CRCSI, which is an unincorporated joint venture set up under the Cooperative Research Centre Program of the Australian Commonwealth Government. The purpose of the CRCSI is to build critical mass in research ventures between end-users and researchers tackling clearly articulated, major challenges for the end-users using the fundamental spatial technologies of global navigation satellite systems, spatial data infrastructures, data fusion and spatial feature extraction. The CRCSI brings powerful collaboration on all critical research and education issues that involve a spatial aspect. In doing so the CRCSI seeks to accelerate the take up of spatial science in key end-users, spawning major innovation and productivity advances in the key industry sectors of Health; Defence; Energy & Utilities; Sustainable Urban Planning; and Agriculture, Natural Resources and Climate Change. www.crcsi.com.au