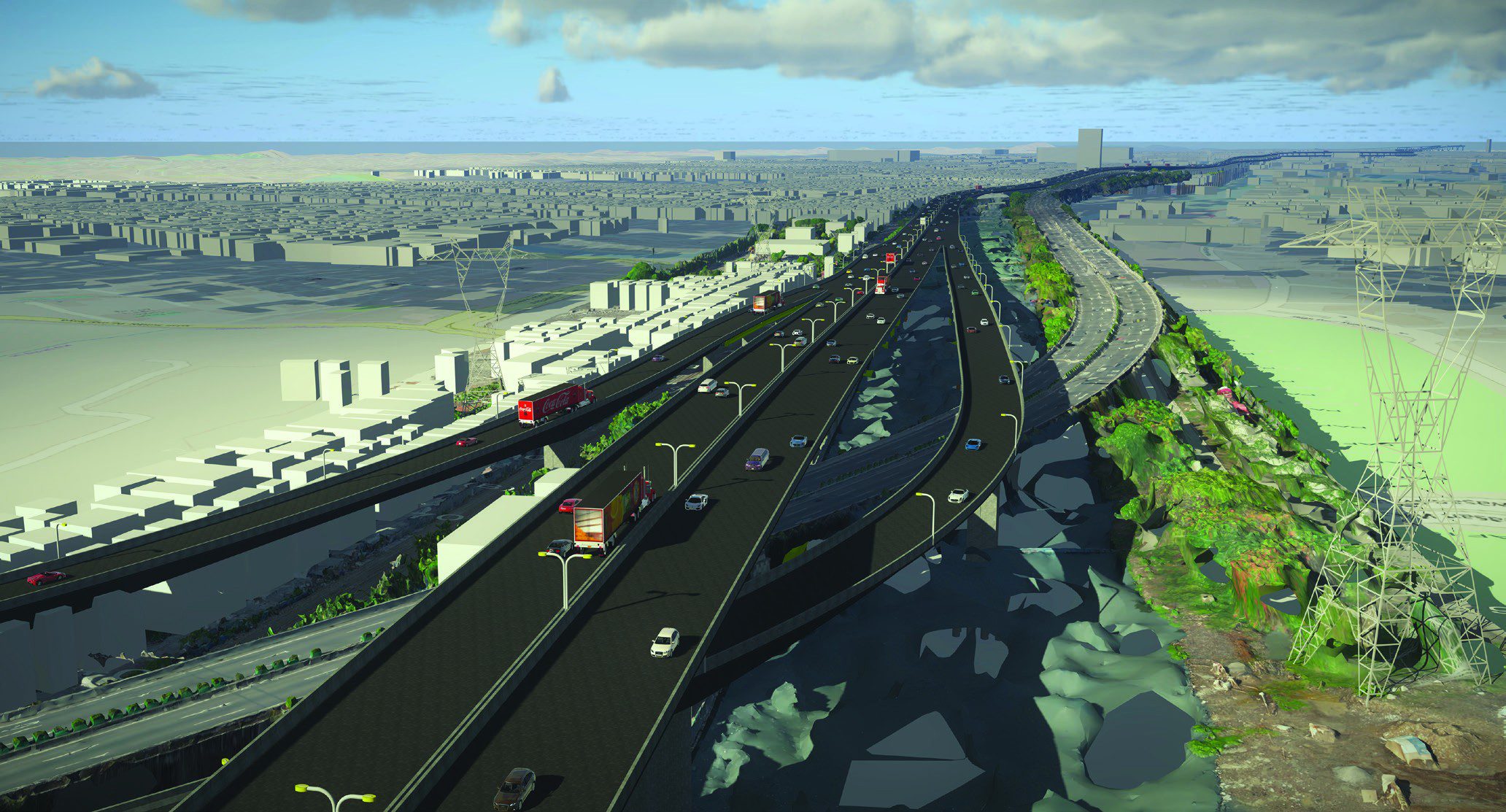 Connecting a Patchwork of Highways

When PT. Wijaya Karya (WIKA), an Indonesia-based company that provides construction, mechanical and electrical services to the civil construction industry, was contracted to design the Design and Build Harbour Road 2 Project in North Jakarta, Indonesia, budgeted at USD $530 million, the project team quickly realized that traditional 2D design methods would not deliver the large and complex 8.95-kilometer toll road development on time and within budget.

“The total volume of the concrete used in this project is a quarter of that of the Giza pyramid,” said Fery Safaria, engineering manager at WIKA. “The total scale of the project is about four times that of Vatican City.”

The project was sorely needed as residents of Ancol and Pluit needed a more efficient way to travel between the cities, with the existing path a frequently congested patchwork of existing toll roads, interchanges, flyovers, railroads and waterways.

Due to limited space, heavy traffic and numerous intersection points, WIKA determined that the development needed to include a 3.95-kilometer double-decker bridge along the Ancol River that will become the longest in the world. However, the Indonesian government mandated the organization should avoid placing piers in the water that could negatively impact the ecosystem and existing river traffic. The project team also had to avoid various underground gas pipelines, water pipes and fiber optic cables as well as above-ground buildings.

Moreover, WIKA faced a strict deadline to complete Harbour Road 2 before the start of the FIFA 2021 U-20 World Cup being held at nearby Jakarta International Stadium. The new highway is expected to ease traffic to and from the facility. Aside from completing the project prior to the tournament, Harbour Road 2 will improve access to the airport and reclamation islands being developed by the government. Lastly, the new highway will greatly improve economic activity and tourism in the area.

• To design an 8.95-kilometer toll road to improve transportation and the economy in North Jakarta.

• To engineer the longest double-decker bridge in the world at 3.95 kilometers.

To design such a complex road system and meet the aggressive schedule, WIKA transitioned from a traditional 2D design method and adopted a 3D BIM methodology. The project team began the conversion with image capture via unmanned aerial vehicles, using generalized predictive control to produce a reality mesh within ContextCapture. The project team was able to photograph and process 166 hectares of land in just 15 days—roughly 6 times faster than traditional surveying methods.

Throughout the process, Navigator facilitated communication and collaboration among teams and stakeholders as well as allowing designers to access running costs and project data from the office, remotely or in the field. WIKA estimated that using BIM methodologies reduced the time needed for communication and inspection by as much as 30 percent, compared to previously deployed methods. OpenRoads helped WIKA review the alignment of the main road, ramps and approaching structures, while OpenBridge allowed the team to iterate pier positions and heights based on real-world conditions. Careful pier positioning helped the project team avoid placing them in the river wherever possible and lowered the risk of flooding in the surrounding area.

Using RM Bridge informed the project team where to place post-tension tendons, undertake design analysis of the box girder structure, model deformation and test work-method variations on the double-decker bridge. With LEAP Bridge, WIKA analyzed the precast girder structure to ensure the project met national bridge loading standards. With ProStructures, WIKA designed bar mark reinforcement, created a bill of materials and issued reports. Since the three applications are interoperable, WIKA increased the efficiency of bridge modeling by 40 percent and saved up to 10 percent of the construction budget.

WIKA deployed PLAXIS to conduct soil-stability and retaining-wall analyses to reduce the risk of bridge piers settling along the river banks. After the project team fully surveyed and modeled the design, it used LumenRT to produce a digital representation of the project to help all parties understand the status at the time of delivery. The digital visualizations streamlined communications and improved decision-making.

“With SYNCHRO, we can identify the massive project schedule and help find any potential for construction delay,” said Rizky Yusuf Ramadhan, bridge BIM engineer at WIKA.

By using a BIM methodology, WIKA boosted the accuracy of the model, shortened construction time, reduced inspection time and improved the overall quality of the project. Strong visualization of the design and construction process improved reviews among stakeholders and accelerated decision-making. In the end, visualizations and interoperability among the Bentley applications helped WIKA detect 85 potential clashes, which could have caused USD $60 million in cost overruns and up to 4 months of delays. “We used a comprehensive set of Bentley solutions to improve efficiency far more than they would have individually,” said Ramadhan.

Although WIKA projected the design of Harbour Road 2 to take 7 months using traditional 2D survey and design methods, its decision to switch to a BIM methodology helped the project team complete the design in only 4 months, more than 50 percent faster. When construction is completed, an estimated 63,500 vehicles will cross the new toll road each day, which will speed economic and tourism development in the area and facilitate access to the U-20 World Cup matches. Combined with the cost savings gained through design efficiencies, the government expects Harbour Road 2 to pay for itself by 2032—three years earlier than anticipated.

A video on the project can be accessed at www.bentley.com/en/project-profiles/2019/pt-wika_harbour-road-2.