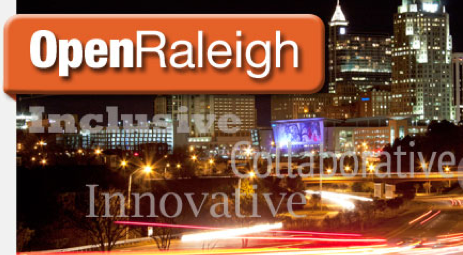 The Public Technology Institute (PTI) has recognized the City of Raleigh’s open data portal with a 2013 Web 2.0 Award. The award recognizes state and local governments that have used Web 2.0 technologies and civic/social media tools to further citizen engagement, government accountability and operational efficiencies. Raleigh’s open data portal was recognized by PTI earlier this year with a significant achievement award in the 2012-13 PTI Technology Solutions Awards.

The Raleigh City Council unanimously adopted an open source resolution in February 2012. This was the first of many steps designed to make it easier to get information and interact with City of Raleigh government. After the resolution was adopted, City staff engaged with citizen groups, youth development programs, entrepreneurs, and businesses to develop an open data strategy. This strategy includes policies that serve as guidelines for availability, access, reuse and redistribution for City data sets.

Since the open data portal launched, site traffic has increased from 1,500 page views per week to more than 10,000 per week. The City participates in regional open data events, such as the NC DataJam and the upcoming NC DataPalooza, to increase awareness and encourage more citizens and organizations to access and use the data that is available on the open data portal.

The NC DataPalooza will be held Sept. 12 from 8 a.m.to 11 a.m. at the North Carolina Museum of Natural Sciences. DataPalooza is the culmination of the Triangle’s 90-day open data competition that kicked off earlier this year with the NC DataJam. For registration and more information about NC DataPalooza, visit http://ncdatapalooza.com.