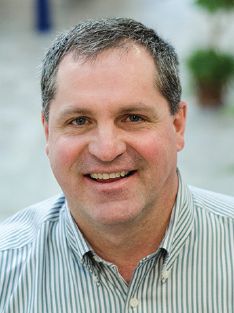 Transportation departments worldwide are transitioning (or at least looking into) fleets to all-electric systems. However, this involves a lot more than buying new vehicles and accepting the charge they provide. There are many infrastructure needs and operational strategies to consider, including where to place chargers, what types of chargers you need and who owns the charging system.

Merkel is an engineer with expertise in both electricity and fleet management, having spent much of his career before HDR working at an electric utility, where he says change and innovation can be slow and methodical. He now works to improve the speed of change and adoption.

“It is intriguing to learn about new and different ways to interconnect to the electric grid or build an isolated system for utilities that are still hesitant to enter the electrification arena,” he notes.

A key consideration for transitioning fleets to electricity is developing a strategy with the electric utilities, stakeholders, officials and engineers to design infrastructure and operating protocols that provide for cost-effective charging and electric fleet operation.

An optimized level of electric charging depends on factors such as the number of vehicles in the fleet, vehicle design, how fast recharging is needed, the number of chargers and frequency of charging. For example, the lowest-cost charging system would use the smallest charger, evenly operated throughout a 24-hour period, including during vehicle operation. However, in almost all cases without a direct circuit connection, it’s not practical at this time to charge vehicles while in use, so designers look for ways to create something similar to continuous-charging.

“Fleet owners and system designers should look for any opportunity to recharge batteries when a vehicle is not operating,” advises Merkel.

Other strategies include having spare vehicles so a portion of the fleet is always charging, charging the fleet during off-peak hours, purchasing and charging an onsite battery for electricity storage, or sharing a meter and the costs with another heavy user that has a complementary electric demand. Fleet owners may also choose higher-capacity chargers to reduce charging time on a per-vehicle basis, which would use the same electric demand as multiple lower-capacity chargers paired with individual vehicles for a longer period of time.

Many other variables play into designing an electric fleet charging system, including geography, climate variables, operating temperature and manufacturer equipment.

“HDR developed the Zero+ Fleet Optimization tool that can model options for a fleet and its specific routes, taking into account all those factors,” notes Merkel. “The options developed by the modeling tool allow the fleet owner to see the total electricity usage and the impact of different operating scenarios.”

The fleet owner/operator can then choose to invest in what makes the most sense to meet their priorities, considering options such as en-route charging to extend the daily range, or managed-period charging instead of unmanaged charging. 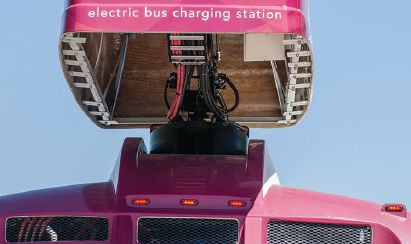 Making the correct decisions upfront can avoid potentially large electric-demand charges that will be much more difficult to mitigate later. According to Merkel, involving fleet operations staff during the early design stages should help avoid creating new issues impacting current operation as a result of electric fleet adoption. And finding the most-efficient use of available resources can save a lot of money over the fleet lifecycle.

Merkel notes that a lot of information now exists about electrification, distributed energy resources, battery storage, and solar and wind generation, but most of it is only conceptual.

“Understanding power systems from generation, transmission, distribution and low-voltage distribution are still the basic fundamentals for practically applying concepts of electrification,” says Merkel. “It is an exciting time
to be in the power industry.”