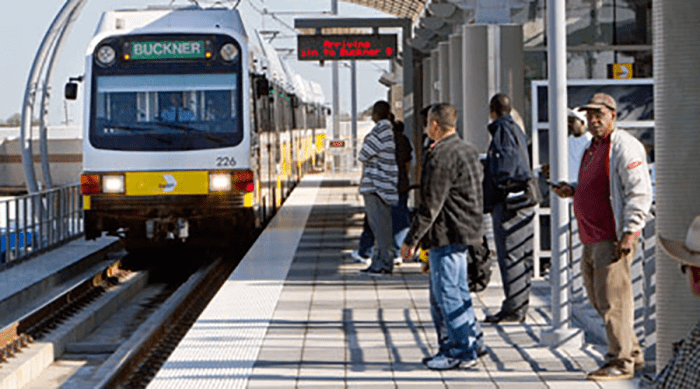 A new study looking at construction near Dallas Area Rapid Transit (DART) light rail stations shows just how productive and important it is to the overall North Texas economy, generating billions of dollars in revenue, taxes and jobs.

Researchers from the Economics Research Group at the University of North Texas (UNT), led by Michael Carroll, Ph.D., reviewed 81 development projects completed within a quarter mile of DART stations with a total property value of $5.138 billion between 2016 and 2018.

‘The projects themselves added billions in economic activity for the DFW economy,’ explained Carroll. ‘Further, these projects will serve as a catalyst for future economic growth. As the economic landscape fills in around the initial projects, we will see growth in a wide variety of sectors.’

‘The trend to develop communities and activity centers near rail stations is one that extends across the nation,’ said Gary Thomas, President/Executive Director at DART. ‘Connectivity and multi-modal access are increasingly important in a Texas that is rapidly urbanizing – this is especially true in the Dallas/Ft. Worth region.’

The most recent light rail expansion project was the SOC-3 Blue Line Extension from Ledbetter Station to UNT Dallas, which opened in October 2016. Recent focus has been on system enhancements such as rail replacement in the Dallas Central Business District (CBD) completed in 2019, and Red/Blue platforms extensions, which are under construction.

‘The Economic and Fiscal Impacts of Development Near DART Light-Rail Stations‘ is available for download along with more information about DART and transit oriented development at DART.org/EconomicDevelopment.