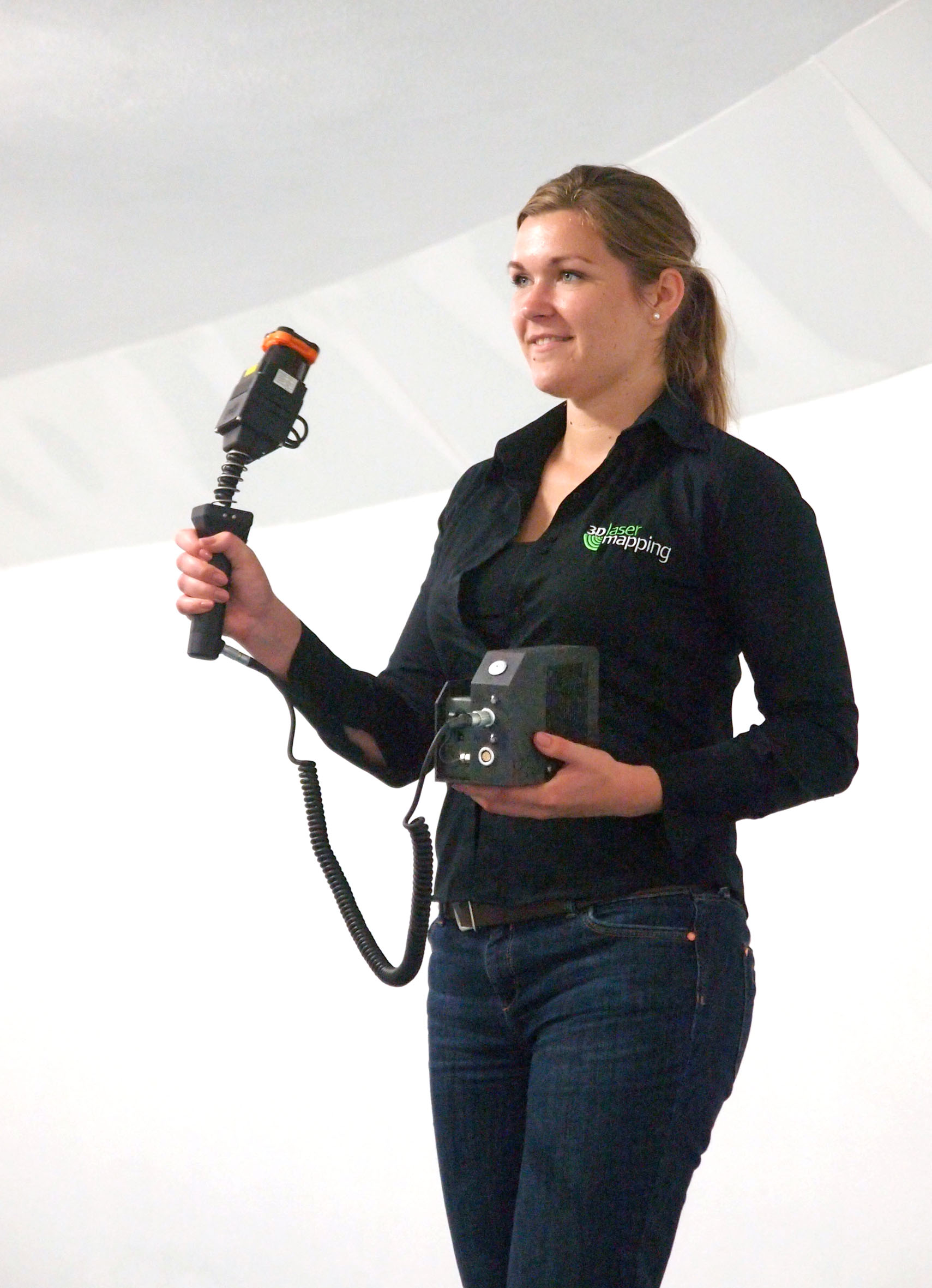 3D Laser Mapping has made the ZEB1 mobile mapping system easier to use, more portable and more reliable with the inclusion of a unique data recording system.

Launched in 2012 ZEB1 is the world’s first, truly mobile, hand held, rapid laser mapping system. The ZEB-DL2600 data logger uses state of the art data storage and access technology and is designed to make the ZEB1 even easier to use in the field eliminating the need for a separate laptop and power supply.

“ZEB1 already allows for fast data capture, without complex set up or the requirement for lengthy data processing,” commented Dr Graham Hunter founder and Chairman of 3D Laser Mapping. “The newly developed ZEB-DL2600 data logger builds on these unique characteristics making ZEB1 even more portable and even easier to use.”

“In simple terms the ZEB-DL2600 reduces the amount of equipment the operator has to carry,” continued Dr Hunter, “as it combines enough memory and data storage for a full day of continuous surveying together with a power supply for both itself and the ZEB1 laser scanner. Anyone working in the field will understand the huge significance of these simple features.”

Developed by CSIRO, ZEB1 uses robotic technology called Simultaneous Localisation and Mapping (SLAM). The ZEB1 system includes a lightweight laser scanner mounted on a simple spring mechanism which continuously scans as the operator walks through the environment. As the scanner loosely oscillates about a spring it produces a rotation that converts 2D laser measurements into 3D fields of view. Its ability to self-localise makes ZEB1 ideally suited for use indoors, underground and in other covered environments where traditional solutions that utilise GPS don’t function well.