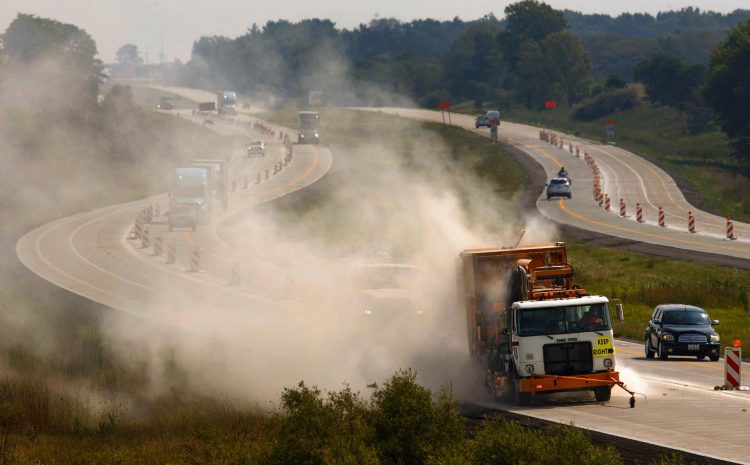 But with the announcement of transportation projects for the upcoming fiscal year, there was a warning about the effect of the coronavirus pandemic on transportation projects. With stay at home orders and businesses being forced to close, people will travel less and less money will be generated through the state’s gasoline tax. That could affect the ability to undertake some projects in the future.

“While we are not cutting projects at this time, we will continue to monitor the impact on future revenues to make sure we are investing taxpayers’ resources wisely,” said Omer Osman, acting secretary of the Illinois Department of Transportation.

Last year, Illinois lawmakers voted to raise the state’s motor fuel tax from 18-cents a gallon to 38-cents a gallon. It was the first increase in a decade.

At the same time, lawmakers voted to have the gas tax automatically increase each year to prevent inflation from eroding its buying power over time. The Department of Revenue says that for the next year motorists will be paying 38.7-cents a gallon for the gasoline tax.

Osman said that without the increase, Illinois was “seriously looking at a scenario that at one time was unthinkable at IDOT.” That includes closing bridges, delaying safety work and losing federal transportation money because they state couldn’t come up with matching funds.

“It was not a pretty picture,” he said.

Gov. JB Pritzker said the influx of transportation money has already paid dividends, such as the design work to replace Interstate 80 bridges over the Des Plaines River, resurfacing of Interstate 55 around Springfield and reconstruction of the Murray Baker bridge in Peoria.

It also allowed the state to direct money to keeping highways in better shape earlier.

“That puts an end to the practice of letting roads and bridges in Illinois deteriorate until they are in just terrible shape,” he said.

He also said the transportation plan will provide thousands of jobs during a job market shaken by the COVID-19 outbreak.

Here are some projects planned for the Springfield, Rockford and Peoria areas during the 2021 fiscal year.