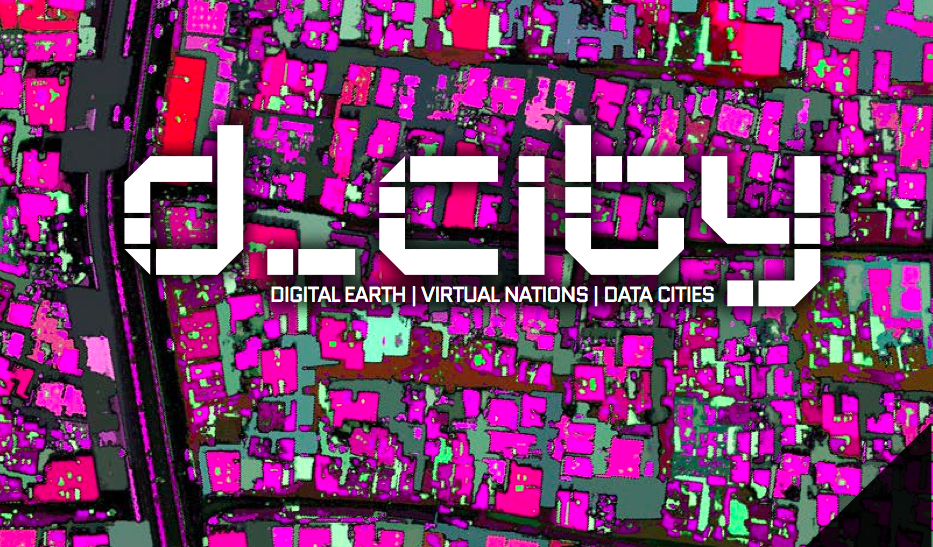 Matt Ball on August 21, 2013 - in Modeling, Projects
Global science organisations have produced the world’s first comprehensive report on moves to create a networked environmental monitoring system, using Google-era technologies to help manage the Earth’s resources.The Group on Earth Observations (GEO), a consortium of 90 nations and 67 science organisations led by Ms Barbara J Ryan as its secretariat director in Geneva, is sponsoring distribution of the report to supporters of its Global Earth Observation System of Systems (GEOSS) project. earthobservations.org

The D_City: Digital Earth | Virtual Nations | Data Cities report was co-edited by urban development experts at the International Society for Digital Earth (ISDE), a GEO member group of satellite and remote sensing scientists, headquartered at the Chinese Academy of Sciences in Beijing. digitalearth-isde.org

It was compiled as a ‘manifesto’ to help educate next generations of SimCity and Minecraft-savvy professionals about crunching ‘the data deluge’ to make evidence- informed plans and decisions. The online version is at dcitynetwork.net/manifesto.

‘The coming era is one of data-intensive science and discovery’ said the ISDE’s Secretary General, Professor GUO Huadong, in Beijing. ‘We need to adapt old practices and find new ways to organise, analyse, share and view digital information about our planet and ourselves.’

Ms Ryan congratulated the ISDE editors on producing a ‘thorough snapshot’ of current discussions and contributions to the shared GEOSS and Digital Earth visions. ‘GEO applauds the [report’s] emphasis on appying space science technologies to solve major emergencies and environmental challenges on the ground,’ she said.

The D_City manifesto will be distributed to delegates at the ISDE’s eighth conference in Kuching, Malaysia, 26-29 August 2013. It also has been endorsed by UN-HABITAT as a contribution to its World Urban Campaign and by the Global Spatial Data Infrastructure Association (GSDI), whose members are developing standards and platforms to underpin the GEOSS/Digital Earth vision.