Think of the new strategy developed at Rice University as “wrap, trap and zap.”

Alvarez and his partners in the Rice-based Nanosystems Engineering Research Center for Nanotechnology-Enabled Water Treatment (NEWT) have worked toward quenching antibiotic-resistant “superbugs” since first finding them in wastewater treatment plants in 2013.

“Superbugs are known to breed in wastewater treatment plants and release extracellular antibiotic resistance genes (ARGs) when they are killed as the effluent is disinfected,” Alvarez said. “These ARGs are then discharged and may transform indigenous bacteria in the receiving environment, which become resistome reservoirs.

“Our innovation would minimize the discharge of extracellular ARGs, and thus mitigate dissemination of antibiotic resistance from wastewater treatment plants,” he said. 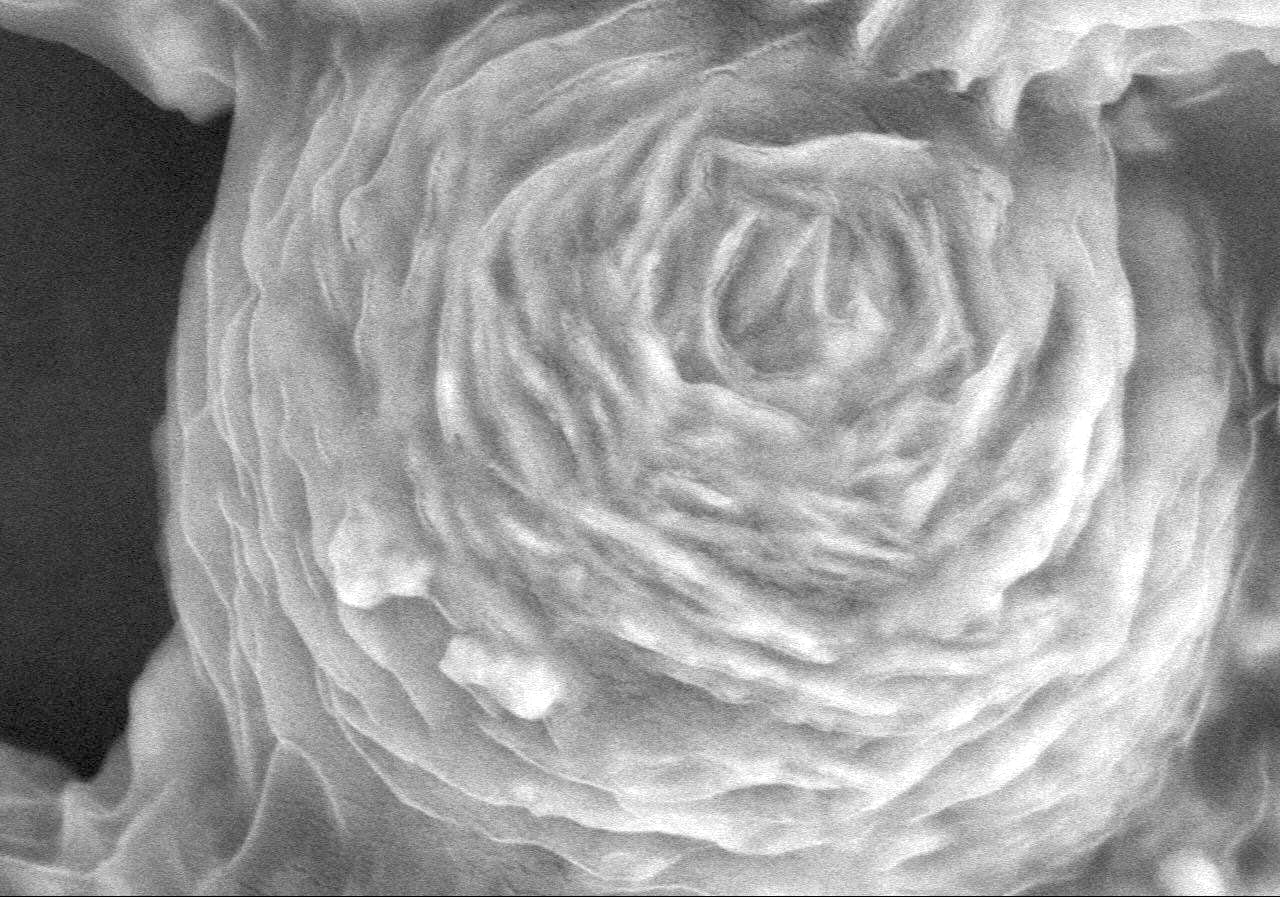 A scanning electron microscope image shows a graphene oxide shell around the layered nanoplates that make up the core of a particle that traps and zaps antibiotic-resistant bacteria and the resistance genes they release. The wrapped spheres developed at Rice and Tongji universities proved three times better able to disinfect secondary effluent from wastewater plants than the spheres without the nitrogen-doped graphene oxide. (Credit: Deyi Li/Tongji University)

The graphene-wrapped spheres kill nasties in effluent by producing three times the amount of reactive oxygen species (ROS) as compared to the spheres alone.

The spheres themselves are photocatalysts that produce ROS when exposed to light. Lab tests showed that wrapping the spheres minimized the ability of ROS scavengers to curtail their ability to disinfect the solution.

The researchers said nitrogen-doping the shells increases their ability to capture bacteria, giving the catalytic spheres more time to kill them. The enhanced particles then immediately capture and degrade the resistant genes released by the dead bacteria before they contaminate the effluent.

“Wrapping improved bacterial affinity for the microspheres through enhanced hydrophobic interaction between the bacterial surface and the shell,” said co-lead author Pingfeng Yu, a postdoctoral research associate at Rice’s Brown School of Engineering. “This mitigated ROS dilution and scavenging by background constituents and facilitated immediate capture and degradation of the released ARGs.” 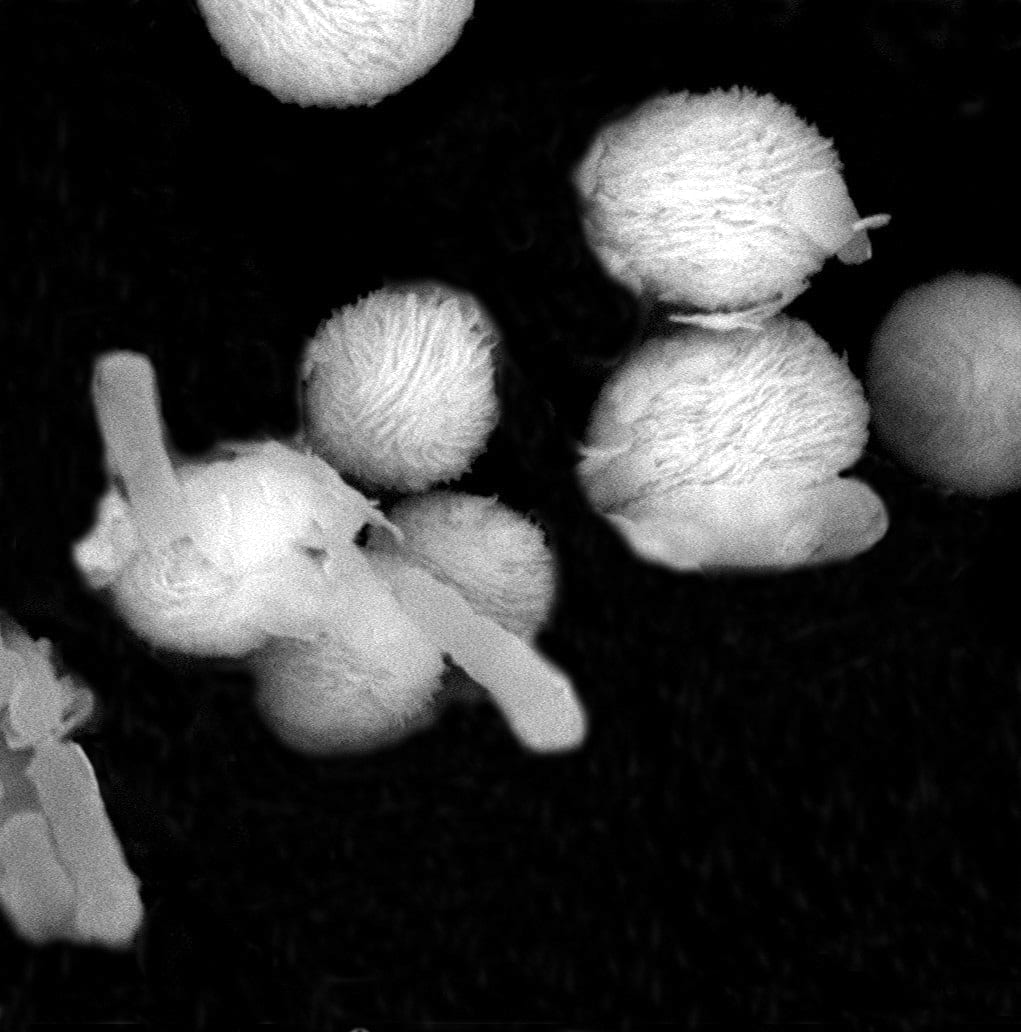 Because the wrapped spheres are large enough to be filtered out of the disinfected effluent, they can be reused, Yu said. Tests showed the photocatalytic activity of the spheres was relatively stable, with no significant decrease in activity after 10 cycles. That was significantly better than the cycle lifetime of the same spheres minus the wrap.

Deyi Li of Tongji University, Shanghai, is co-lead author of the paper. Co-authors are Xuefei Zhou and Zhang of Tongji and Jae-Hong Kim, the Henry P. Becton Sr. Professor and Chair of Chemical and Environmental Engineering at Yale University. Alvarez is the George R. Brown Professor of Civil and Environmental Engineering, a professor of chemistry, of materials science and nanoengineering and of chemical and biomoleculary engineering and director of NEWT.

Comments are disabled
NEXT ARTICLE
Location Intelligence Changes How You Plan, Design, Build and Operate Your Projects
July 21, 2020
PREVIOUS ARTICLE
AEIS Completes Inspection and Testing on New Terminal B at LaGuardia Airport
July 21, 2020