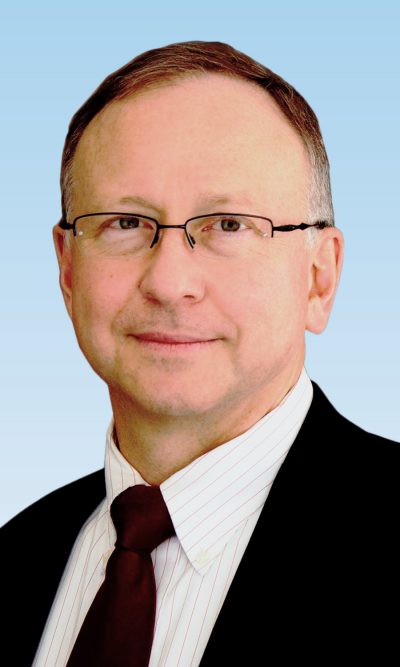 Honored for distinguished four-decade career in public and private sector and focus on fostering engineering education and advancement.

Haight, a senior vice president at WSP USA, a leading engineering and professional services consultancy, currently serves as president of the Northern Virginia Post of SAME. Over the past decade he has held several other leadership and educational positions with SAME at the national level.

“It has been an honor to have the opportunity to work with Bill, who is committed to sharing his knowledge with students and young engineers and to advancing military engineering by bringing together military, civilian, and private sector leaders to plan for future events,” said Thomas Lewis, president of federal programs and logistics for WSP USA. “This recognition as a SAME Fellow is a well-deserved reflection of his commitment to addressing the needs of military personnel around the globe and providing them with the infrastructure necessary to be successful in their missions.”

Since leaving the military in 2010, Haight has been managing construction, construction management services, and construction-related capacity development projects in conflict, post-conflict, and developing nations, primarily for U.S. Government clients. He also serves as an adjunct professor at George Mason University.

During his past 10 years with WSP, Haight has also served as a subject matter expert to update the standards for forward operating sites for the U.S. Army Corps of Engineers (USACE), Europe District. He also led international staffs on several large, overseas development projects for the United States Agency for International Development (USAID), including a major program in Afghanistan.

“Col. Haight has had an engineering career that speaks to the heart of the SAME mission to support our warfighters, with a good portion of his career deployed in the expeditionary engineering environment for DoD,” said Jay Manik, SAME Mid-Atlantic Region Vice President in his SAME letter of recommendation for Haight’s Fellow nomination. “Bill has and remains dedicated to growing our engineering workforce, whether in uniform, as a civilian or a contractor. He has a deep understanding of the SAME mission and how industry and government can collaborate to enable our warfighters to be successful.”

Haight served as the chair, Joint Engineer Contingency Operations (JECO) Community of Interest within SAME for more than five years. During this period, he was instrumental in developing and conducting four tabletop exercises as part of SAME’s annual Joint Engineer Training Conferences. These tabletop exercises brought together the military service engineers, joint and combatant command engineers, as well as other federal, state and local agencies and industry partners to explore and solve challenges confronting the joint engineer community, whether military, civilian or contractor.

Prior to joining WSP, Haight served as engineer division chief for the Joint Staff Logistics Directorate of the U.S. Department of Defense, where he supported combatant command infrastructure requirements in the planning and budgeting process to enhance worldwide deployment mobility. He was the director of the USACE Office of the Chief of Engineers, where he was responsible for advising Army staff on military engineering and coordinating standards, during which time he oversaw development and procurement initiatives in support of overseas engineering operations, including Iraq and Afghanistan.

WSP USA is the U.S. operating company of WSP, one of the world’s leading engineering and professional services firms. Dedicated to serving local communities, we are engineers, planners, technical experts, strategic advisors and construction management professionals. WSP USA designs lasting solutions in the buildings, transportation, energy, water and environment markets. With more than 9,500 employees in 150 offices across the U.S., we partner with our clients to help communities prosper. wsp.com