/ Corporate / DroneMetrex Maps a Railway in 3D with its TopoDrone-100 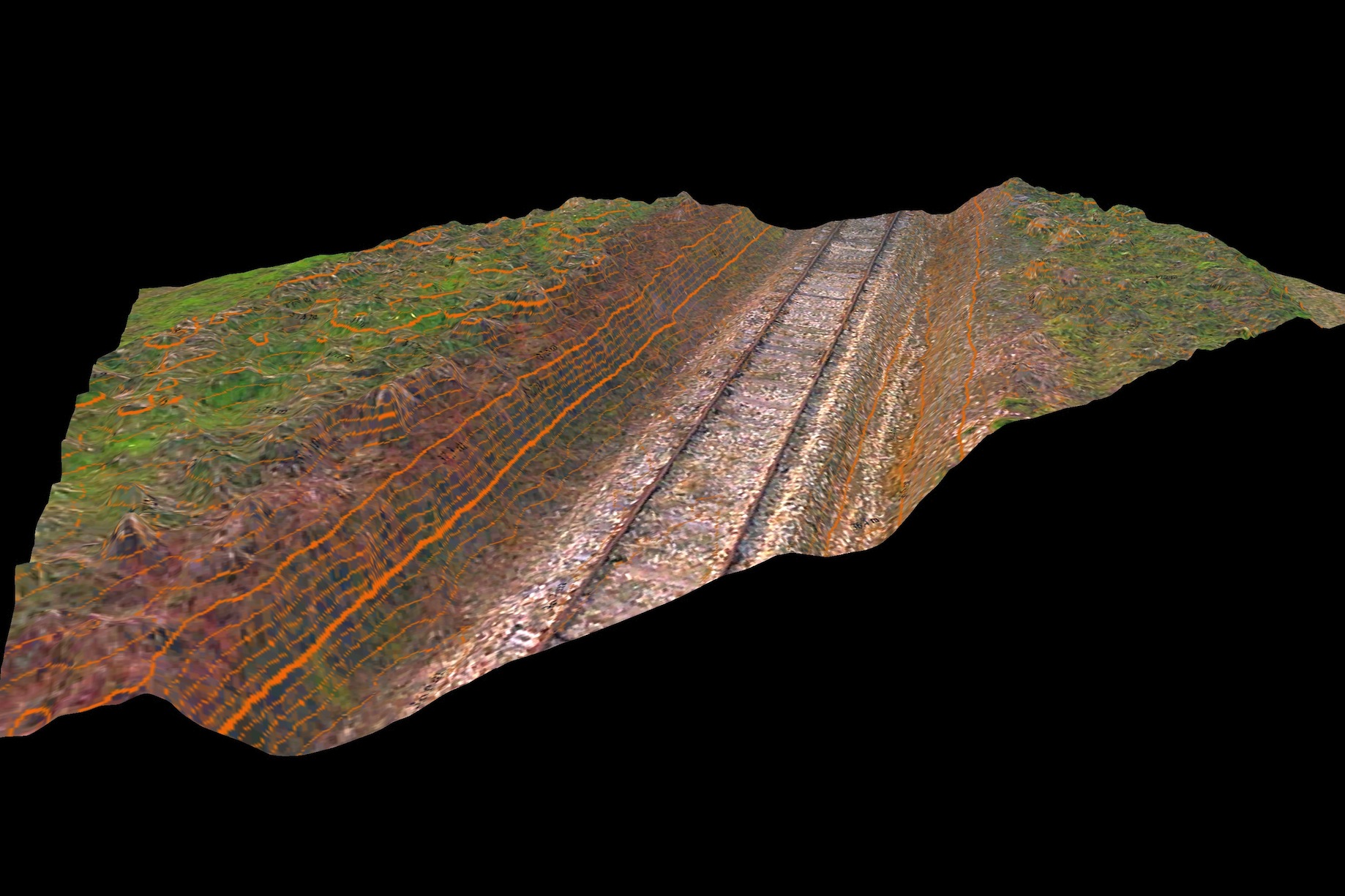 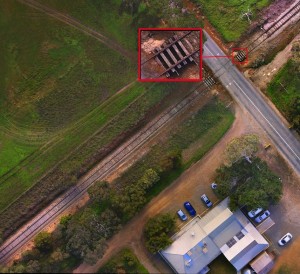 DroneMetrex has successfully performed a high-precision railway mapping project in Australia. The company’s in-house developed TopoDrone-100 flew and reliably mapped 0,5 km on each of the four sides of the approach to the crossing intersection of the railway and the bitumen road with the unsurpassed accuracy: the company’s UAV captured 2,5cm GSD aerial imagery with 25mm absolute accuracy in height. So far, no other manufacturer of drones has claimed such an accuracy, neither relative, nor absolute. DroneMetrex was able to achieve great results due to the fact that its TopoDrone-100 is a true photogrammetric mapping system which addresses geometric errors (tip, tilt, yaw, forward and lateral motion, blur) from the start and eliminates them right at the point of capturing the data.

The mapping project was aimed, in the first instance, at creating 3D “real world” for obscurity analysis when approaching an intersection from a train driver’s perspective, and from a vehicle driver’s perspective. Secondly, high accurate mapping was performed for future civil works involving repair as well as upgrading of the existing railway.

Traditionally such projects presuppose aerial photography, LiDAR and corridor mapping from large manned aircrafts, which was not economically justified in this particular case, since the project area was quite small. At the same time, conventional ground surveying techniques were either inapplicable, as it would mean temporarily closure of the railway in order to observe all health and safety standards.

Tom Tadrowski, Executive Director of DroneMetrex, commented in this respect: “The whole process of data capture took us only 2 hours and our TopoDrone-100 let us easily meet all the client’s requirements. The launches and landings happened from the nearby field, therefore no interference with rail movements, no disturbance for road traffic ever occurred – in fact, they didn’t even know we were there! As you can see, aerial mapping no longer needs to be time-consuming, no longer expensive and certainly should be readily available. We have dramatically increased the productivity, data reliability and reduced the costs.”

The aerial photography was performed with 70% forward and 40% side overlap. Based on the captured data, DroneMetrex’ photogrammetrists produced very dense 3D point cloud, digital orthophotos and DTMs, as well as they performed 3D line mapping via photogrammetric 3D “heads-up” digitising. Mirahmad Chabok, Development Manager, said: “Because the photogrammetry from our accurate TopoDrones allows, we can match and produce a point cloud density of 1600 points per sq metre, i.e. 1 point per pixel!”

DroneMetrex Pty Ltd is a company specialising in the autonomous data acquisition, near real-time data feeds, and accurate survey and photogrammetric mapping information services from “Drones”. This provides alternative solutions to costly data acquired from aircraft or similar airborne and/or vehicular platforms over areas that are not economically justified to be captured by such large aircraft, or may be difficult and/or dangerous for “manned” aircrafts or vehicles or ground survey teams. With its TopoDrones the company produces truly accurate mapping data – 25mm accuracy in height – reliably, repeatedly, accurately. http://www.dronemetrex.com