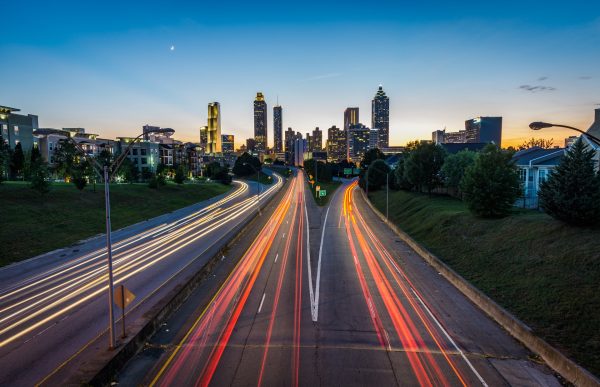 Launched a decade ago, the Hall “honors individuals or families from the public and private sectors who have made extraordinary contributions to U.S. transportation development during their careers.”  Nominees are considered in two categories:

Peter Kiewit transformed a small Omaha, Neb., construction company, Peter Kiewit Sons’, Inc., into one of North America’s largest and most respected contractors.  In 1931, at the age of 30, Kiewit became president of the company.  America was in the depths of the Great Depression, leading to limited building work at or below cost.  Kiewit shifted the firm’s emphasis to the highway market.  Transportation work rapidly became the largest portion of Kiewit’s business.  As a result of this shift, the company was ready when it was time to build the U.S. Interstate Highway System after World War II.  Under Kiewit’s leadership, the firm built more lane miles of the original System than any other contractor, prompting Forbes magazine to call him the “Colossus of Roads.”

Kiewit attributed his success to the work ethic of Nebraskans, wanting to return his wealth to their communities.  Before his death, he requested his personal estate be used to establish a foundation supporting public-purpose projects in Nebraska and Western Iowa.  The Peter Kiewit Foundation has awarded more than $640 million in grants and scholarships since its founding in 1979.

“Norm made a reputation in the Halls of Congress as someone who understands that a sound infrastructure in America will lead to economic opportunity for all Americans.”  – President George W. Bush

The son of Japanese immigrants, Norman Y. Mineta was confined with his family in an internment camp during World War II.  It was there he vowed to serve his country throughout his life and prove that he could do great things, regardless of his background. And he did.

Mineta began his public life as a member of his city council and then mayor of San Jose, Calif.  Serving in the U.S. House of Representatives for 20 years, Mineta chaired the Aviation & Surface Transportation Subcommittees, rising to become chairman of the Public Works & Transportation Committee.  In 1991, he was the principal author of the Intermodal Surface Transportation Efficiency Act (ISTEA), which provided a then record federal surface transportation investment.

In 2000, President Clinton appointed him U.S. secretary of commerce, making him the nation’s first Asian-American Cabinet member.  In an historical rarity, he stayed in the cabinet under an administration of the opposite party, when President Bush appointed him to be his only Democratic cabinet member—as U.S. secretary of transportation.  He served 5 ½ years in that position, the longest tenure in the department’s history.  He played a high-profile in the response to the September 11, 2001, terrorist attacks, grounding all aircraft in U.S. airspace to save lives.

Following his retirement, Mineta has continued to strive to serve his country in numerous ways, including the establishment of the Mineta Transportation Institute at San Jose University.

Jim Peterson, vice president, Wisconsin-based James Peterson Sons, Inc., has been a national, state and local transportation construction advocate for more than 50 years.  Peterson has made many notable impacts on Wisconsin’s transportation policy development and is a two-time Wisconsin Transportation Builders Association president (1980 & 2006).  One the hallmarks of his leadership was the ability to get a return phone call from governors, regardless of political party, when it was necessary to discuss pending infrastructure issues.

In the 1970s during an era of diminishing transportation-related revenues, Peterson led an industry effort to educate the public about these negative impacts on motorists and the economy.  He helped garner bipartisan support in the state legislature to boost infrastructure investment.

By the mid-1980s, Peterson’s tenacity was a key factor in Governor Anthony Earl (D) signing a law to index the state’s fuel tax to generate additional revenue for transportation improvements.  The next governor, Tommy Thompson (R) introduced an ambitious “Corridor 2020” highway expansion agenda.  Peterson championed its enactment.  It empowered long-term transportation modernization and is estimated that 90 percent of the jobs created in Wisconsin during the 1990s were within five miles of a Corridors 2020 route.

Peterson’s honed political and leadership skills were put to the test again during a 1990s effort to help ensure Wisconsin was getting an equitable return on the gas tax dollars it paid into the federal Highway Trust Fund.  It resulted in TEA-21’s (1998) “minimum guarantee” and SAFETEA-LU’s (2005) “equity bonus” programs, which helped generate tens of millions of dollars in additional Wisconsin highway investment.   At the national level, Jim was 2003 chairman of The Road Information Program (TRIP).  He’s been an ARTBA director for decades and the 2000 Contractors Division president.  He’s also a recipient of the Nello Teer Award, ARTBA Contractors Division’s highest honor.

The story of the Roebling family—John (1806-1869), Washington (1837-1926) and Emily Warren (1843-1903)—is one of bravery, heroism, and triumph over great obstacles.  Without this famous family, the iconic Brooklyn Bridge might not have come to pass.  An immigrant from Berlin, John Roebling was a civil engineer with decades of experience in road and bridge construction.

A pioneer in wire rope bridge supports, Roebling developed the modern suspension bridge and is responsible for the design and construction of numerous spans throughout the United States.  He began work on the new Brooklyn Bridge in 1867.  He was joined by his son, Washington, who had distinguished himself in both combat and military infrastructure design with the 83rd New York Artillery Battery during the Civil War.

Following an accident at the bridge site, the elder Roebling died of tetanus and Washington took charge of the Brooklyn Bridge’s construction as chief engineer.  In 1870, fire broke out in one of the caissons and he directed the efforts to extinguish the flames.  During the rescue he contracted decompression sickness (“the bends”) rendering him bedridden.

As the only person to visit her husband during his sickness, Emily relayed information to the project team.  She developed an extensive knowledge of stress analysis, cable construction, and advanced mathematics. For the decade after Washington took to his sick bed, Emily’s dedication to the completion of the Brooklyn Bridge was unyielding.  She took over much of the chief engineer’s duties, including day-to-day supervision and project management.  Emily managed many politicians, competing engineers, and all those associated with the work on the bridge to the point where people believed she was behind the bridge’s design. The Brooklyn Bridge was completed in 1883.

Established in 1985, the ARTBA Foundation is a 501(c) 3 tax-exempt entity designed to “promote research, education and public awareness” about the impacts of transportation investment.  It supports an array of initiatives, including educational scholarships, awards, management and education programs, roadway work zone safety training, special economic research and reports, American National Standards Institute-accredited transportation project safety certification, and an exhibition on transportation at the Smithsonian National Museum of American History.