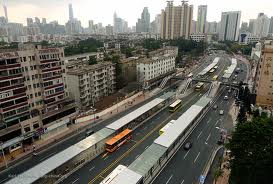 The Guangzhou government has saved  40 million yuan ($6.5 million) per year  over government vehicles after the city installed satellite positioning system and electronic identification system on the vehicles, the Xinhua News Agency reported on Monday.

The mileage of these vehicles has dropped 45 percent, and no cases of private use of government cars have been reported over the past two months, according to Mei Heqing, spokesman of Guangzhou Municipal Commission for Discipline Inspection.

The satellite positioning system tracks down every destination of government vehicles. Once a vehicle approaches a supervised area, such as a golf course or a nightclub, the system will send out a warning, which will be logged into the network of the discipline inspection commission.