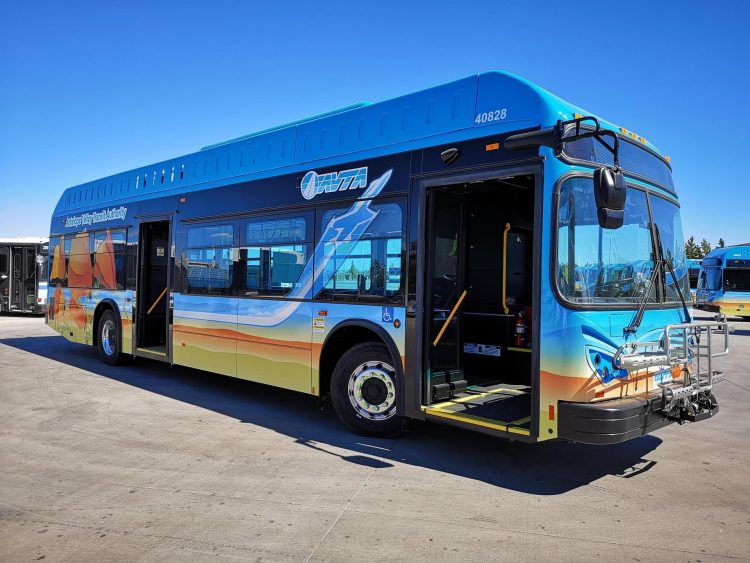 Agencies partnering with BYD secured over $10 million in FTA funding through the agency’s Low- or No-Emission (Low-No) Grant program, which funds the purchase or lease of zero-emission and low-emission transit buses and supporting facilities.

“BYD is ready to assist its transit agency customers navigate the complexities of the competitive federal grant process,” said BYD North America Vice President Patrick Duan. “We’re proud to have helped secure over $10 million for our customers through this year’s No-Low grant program.”

Among the grant awardees this year was the Antelope Valley Transit Authority (AVTA), headquartered in Lancaster, Calif., where BYD”s bus factory is located. The AVTA was awarded $6.2 million to purchase electric buses to improve service efficiency to the cities of Palmdale and Lancaster and to the unincorporated northern Los Angeles County communities. AVTA has already logged over 2 million miles of zero-emission operations with BYD-built buses.

Also receiving funding this year was the Capital Area Transit System (CATS), which serves Baton Rouge, La. CATS was awarded $3.87 million to replace vehicles that have reached the end of their useful life and support charging infrastructure.

The FTA awarded over $130 million in No-Low grants this year to transit agencies in 40 states and the District of Columbia.

BYD was the first company in the industry to have both a unionized workforce and a Community Benefits Agreement, committing to hiring veterans, second chance employees, and others facing hurdles to manufacturing employment.

About BYD
The Official Sponsor of Mother Nature™, BYD, which stands for Build Your Dreams, is the world’s leading electric vehicle company with proven innovative technology for cars, buses, trucks, forklifts, and rail systems – like SkyRail. BYD is dedicated to creating a truly zero-emission ecosystem offering technology for solar electricity generation, energy storage to save that electricity, and battery-electric vehicles powered by that clean energy. BYD has 220,000 employees across the globe, including nearly 1,000 in North America. For more information, please visit www.BYD.com or follow BYD on LinkedIn, Twitter, Facebook and YouTube.