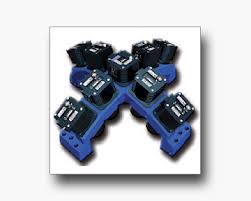 Visual Intelligence, the inventor of the Arched Retinal Camera Array (“ARCA”) used to deploy and/or fuse all kinds of geoimaging devices, has been granted another patent for imaging array technology for the future of multipurpose sensors and sensor fusion in numerous industries. Visual Intelligence was granted U.S. Patent 8,471,907 in recognition of it innovative design for remote imaging arrays, which enable the use of mobile, miniaturized 3-D camera sensors in ways never before possible.

“This patent is another milestone for Visual Intelligence that adds to the already rich patent portfolio that we have. It recognizes once again the innovative and important role this imaging array technology will play in dramatically expanding the use of camera sensors. When sensors are miniaturized and designed in a way that is truly mobile and that emulate the performance of ‘large’ sensors, the number of places where sensors can be used grows exponentially, including smart phones, UAVs, building interiors and more,” said Visual Intelligence CEO and President Dr. Armando Guevara. “This mobile revolution will also multiply the number of applications for high-resolution and metric camera sensors, making them critical tools for engineers, architects, surveyors, doctors, scientists and a long list of other professions. This represents a new era for sensors, and Visual Intelligence will play a major role in making those applications a reality.”

Visual Intelligence’s ARCA technology provides precise accuracy at every pixel, enabling unprecedented “metric pictures” every time and allowing users to collect more imagery per “snap” than with any other camera thru the smallest aperture. ARCA arrays enable real time co-mounted and co-registered sensor fusion. It also makes it possible for camera systems to be smaller and lighter than other camera systems, while also being more powerful. In addition to this patent award, Visual Intelligence also recently received the 2013 Technology Innovation Award in Sensors at the Geospatial Forum in recognition of this technology.

Dr. Guevara added: “Our commercial metric mapping technology has exciting applications in the miniaturized mobile handheld space, and Visual Intelligence is already working with partners to deploy the technology in miniaturized medical devices that will enable doctors to do more accurate, faster, more economical medical diagnostics. We will also be partnering to deploy this technology in smartphone applications that literally put powerful sensor technology in the palm of your hand. One fascinating application will be for law enforcement and security organizations, which will be able to identify illegal substances or dangerous materials using multi-spectral sensors built into their cell phones. Sensors have traditionally been the domain of commercial mapping, but mobile, miniaturized sensors will dramatically expand where and how they can be used.”

To learn more about Visual Intelligence’s technology for use in UAVs and mobile applications, visit the company at the AUVSI Unmanned Systems 2013 conference in Washington, D.C. this week. Visual Intelligence will be exhibiting in partnership with www.NEANYinc.com at Booth # 2103.

Comments are disabled
NEXT ARTICLE
Is a Hyperloop in Your City's Future?
August 12, 2013
PREVIOUS ARTICLE
Australian Councils Declare Mapping as a Key Technology for Sustainable Cities
August 12, 2013