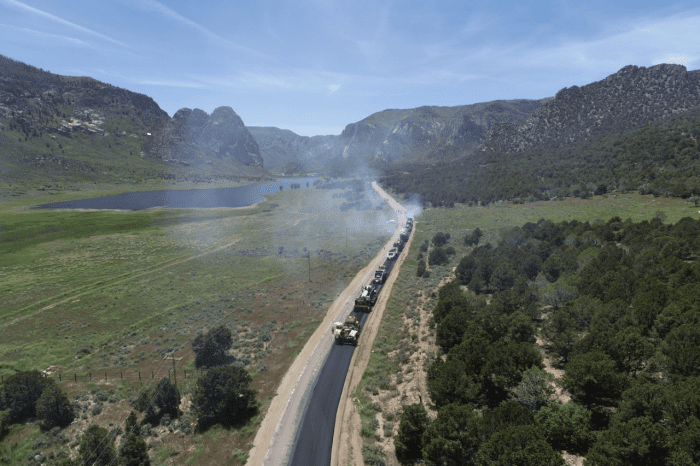 Parul Dubey on June 1, 2020 - in Awards, Roads, Transportation
Twelve departments of transportation (DOTs) were named winners of the 2019 Perpetual Pavement Award (PPA) by the Asphalt Pavement Alliance (APA). This is a record number of PPAs awarded in a single year since the awards were first presented in 2001. The award celebrates long-life asphalt pavements that reflect the characteristics of a Perpetual Pavement design.

The award is presented to state DOTs and local agency road owners for well-performing asphalt pavements that are at least 35 years old with proven high-quality structural design. To earn the award, the pavement must have not suffered a structural failure, and it should have an average interval between resurfacing of no less than 13 years. The pavement must demonstrate the characteristics expected from long-life, Perpetual Pavement design: excellence in design, quality in construction and value to taxpayers.

Engineers at the National Center for Asphalt Technology (NCAT) at Auburn University evaluated the nominations and validated the results for the 12 Perpetual Pavement Award winners for 2019. Since the PPA was first presented in 2001, 144 pavements in 31 U.S. states and one Canadian province have been honored with the award.

Winning agencies are honored by their local state asphalt pavement association and are presented with an engraved crystal obelisk. The names of the winning agencies and projects are added to a plaque on permanent display at the NCAT Research Center at Auburn University.

“One of the keys to sustainability is long life,” said Amy Miller, P.E., National Director of the APA. “Asphalt roads can be engineered to last indefinitely with only routine maintenance and periodic surface renewal.”