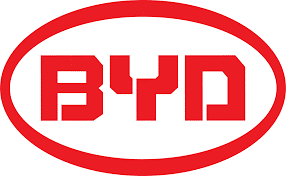 The delivery of the 20 buses represents years of work and evaluations done with CUTCSA, local and national authorities. A BYD bus imported in 2013 by Abriley served as the foundation for replacing busesunder the MOVES Program (Urban Sustainable and Efficient Mobility National Program), which seeks to gradually replace traditional diesel-powered buses with electric ones.

Mr. Juan Antonio Salgado saidthat in spite of the COVID-19 impacton public transportation, CUTCSA is “continuously looking toward the future, as we know there are better times to come and we cannot stop implementing initiatives that, in the future, will be good for all of the transportation and the city.”Mr. Salgado also stated the electric buses will help electrify 100% of the vehicles currently used along the CA1 and D1 lines circulatingin central areas of Montevideo City, significantly reducing noise and air pollution.

President Poucelebrated the special initiative’simpact in the midst of difficult times. President Pou said the transportation initiative promotes caring for the environment for future generations. The president added that this transportation project helps build greater sovereignty, especially for a country like Uruguay that is not an oil producer but is a strong power generator.Mr. Attie, President of Abriley and distributor of BYD in Uruguay, who was unable to attend due to the COVID-19 restrictions, expressed his immense pride to the National Authorities of Uruguay in such an important milestone for the country’s development and its transport. Mr. Attienoted that “this project began when Abriley imported the first 100% electric bus ever,as an independent distributor to Latin America, and today Uruguay becomes one of the leaders in Latin America in electrifying its transport.

“BYD continues to expand its operations throughout Latin America, following a firm commitment to reduce greenhouse gas emissions globally. Its pure electric vehicles are successfully servicing markets in many countries across the region, including Chile, Colombia, Argentina, Ecuador, Panama, and Brazil. BYD’s electric buses and taxiscurrently run in over 300 cities across 50 countries and regions worldwide.

Compañía Uruguaya de Transportes Colectivos S.A. (CUTCSA) is the largest transport company in Uruguay, in terms of the number of transport units. It has provided urban transport services in Montevideo since 1937. Montevideo’s activity and mobility are closely linked to the services provided by CUTCSA, since the company links up more than 100 points of the city daily, and reaches the two neighboring regions of San José and Canelones. As a transport company, CUTCSA has always been at the technological forefront, seeking to implement all the possible measures at its disposal to reduce its environmental impact. More information on thecompany can be found at http://cutcsa.com.uy/

Abrileyis a company with over 40 years’ experience in the auto sector in Uruguay, Argentina and Bolivia. In 2011, it became the first independent Latin American auto distribution company to promote the introduction of electrification in the public transport in Uruguay and across Latin America. Abriley is BYD’s distributor for Electric Buses, Taxis and other Electric Vehicles in Uruguay. More information on the company can be found at http://goelectric.uy/

BYD Company Ltd. is one of China’s largest privately-owned enterprises. Since its inception in 1995, the company quickly developed solid expertise in rechargeable batteries and became a relentless advocate of sustainable development, successfully expandingits renewable energy solutions globally with operations in over 50 countries and regions. Its creation of a Zero Emissions Energy Ecosystem –comprising affordable solar power generation, reliable energy storage and cutting-edge electrified transportation–has made it an industry leader in the energy and transportation sectors. BYD is listed on the Hong Kong and Shenzhen Stock Exchanges. More information on the company can be found at http://www.byd.com.