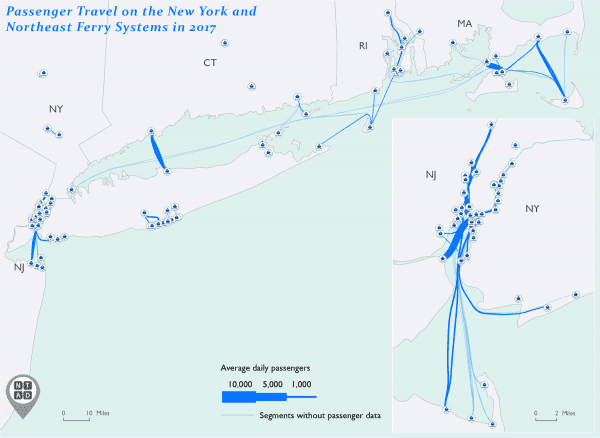 The new datasets in this release are Ferry Terminals and Routes, primary and secondary roads features from the U.S. Census Bureau’s 2019 TIGER/Line shapefiles, and an additional layer to the DOT region database for Federal Motor Carrier Safety Administration (FMCSA) regions.

Additional updates in this release include: