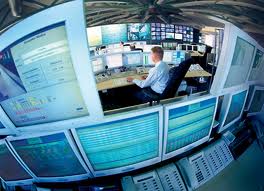 Siemens is to supply the IT and communication technology for Hong Kong’s East-West Line. The company has received an order worth around 25 million euros from local metro operator MTR Corporation. The order includes the supply of the CG STM (Controlguide Station Management) station management system. This controls and monitors functions such as emergency call points, traction power supply, tunnel ventilation and overhead line fire detection and passenger information systems and escalators. Full commissioning of the route is scheduled for 2018.

Consistent control of functions such as emergency calls, fire detection or passenger information systems ensures passenger safety and keeps the trains operating smoothly. The CG STM station management system from Siemens enables all information and communication systems in the metro stations to be continuously monitored. The control system is directly linked to the control center, so that a prioritized list of alarms or status reports is displayed on the monitors. If an alarm sounds, the system issues preprogrammed instructions to provide maximum assistance to the operating staff.

The East-West Line is being created by connecting the West Rail Line to the Ma On Shan Line by a new 17-kilometer Shatin to Central Link. Combining the two lines will create a continuous East-West link on which the trains run fully automatically. The route, which is some 58 kilometers in length and includes 27 stations, will be the longest of Hong Kong’s eight lines when it is commissioned in 2018.

Hong Kong’s subway network is already one of the most extensive in Asia. To cope with Hong Kong’s ever growing future transportation needs, the government announced in 2009 that it planned to invest USD 2.9 billion to expand the rail network. Following on from this, Siemens last year won the order to equip the 47-kilometer North-South-Line from the Chinese border to Hong Kong Island with control and signaling technology. Commissioning of the route is scheduled for 2020.