/ Articles / Ten Years After the Haiti Earthquake: How Building Disaster-Resilient Structures Can Lift a Nation

Ten Years After the Haiti Earthquake: How Building Disaster-Resilient Structures Can Lift a Nation 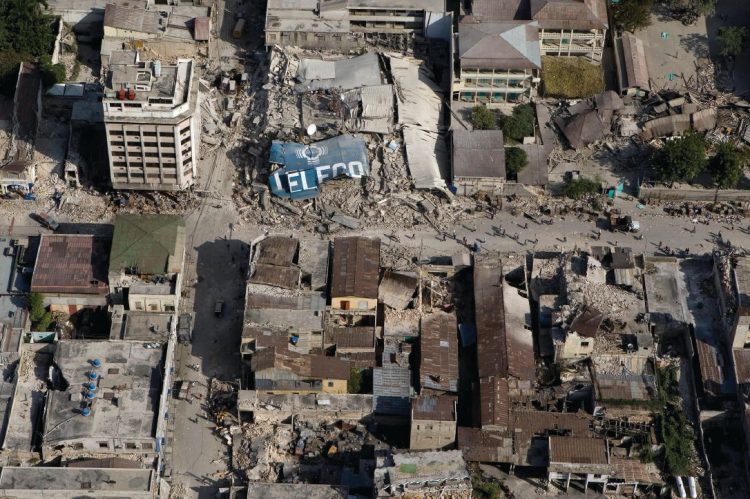 Image: Port-au-Prince, Haiti, suffered massive destruction from an earthquake in 2010.

In 20 years of responding to earthquakes as a structural engineer, I have never seen destruction such as I witnessed in Haiti a decade ago. Traveling through the wreckage of Port-au-Prince just days after the earthquake of Jan. 12, 2010, I saw a hellish landscape: people digging through concrete for missing family, twisted metal, cars squashed under buildings, a distant hillside slum turned into total devastation.

As a structural engineer, I have assessed the damage of more than 100 earthquakes worldwide, and I lament the fact that history keeps repeating itself. I spent much of the last two months responding to the January 2020 magnitude-6.4 earthquake in Puerto Rico, and I’m reminded that the lessons learned in tragedies such as Haiti’s hardly reach across neighboring islands and sometimes are even forgotten within the same country. 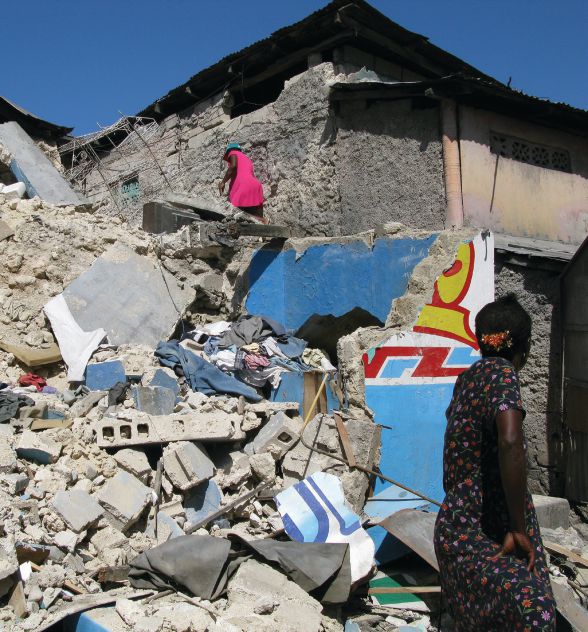 In Cap Haitien, a city on the north coast of Haiti unaffected in 2010, for example, they continue to build in the same risky way as before: confined masonry construction consisting of weak hollow concrete blocks (HCBs) with lightly reinforced and non-ductile beams and columns. To this day, the Haitian parliament has not voted on a national building code, so it’s impossible to enforce proper engineering. Multiple recent earthquakes in nearby Puerto Rico should remind Haitians yet again that they are still at serious risk of another catastrophe.

Haiti’s earthquake, after all, was more than just a natural disaster—it was an engineering disaster. More than 300,000 people lost their lives, and nearly 200,000 buildings were destroyed, including homes and businesses as well as hospitals, an airport, government buildings and the national palace. From an engineer’s perspective, at least 80 percent of that destruction and death could have been avoided with the use of simple, earthquake-resistant construction methods.

“How are we as engineers failing to avoid this tragedy?” I asked in my field journal in 2010, and I ask it again after every disaster.

Before 2010, the use of poor-quality construction materials and practices was widespread in Port-au-Prince, including segregation, rock pockets, exposed rebar, poor aggregate shape and grading, and out-of-plumb columns. Many buildings had poor detailing, such as the use of smooth reinforcing bars, lack of column confinement reinforcement, or inadequate lap splices and rebar development length. An alarming number of buildings also had irregularities such as captive columns and soft stories.

The solutions typically are simple. Our team alone trained more than 7,000 masons in proper concrete mixing ratios and seismically improved construction of concrete block walls during Haitian reconstruction. And it’s easy to see the impact of training that happened almost a decade ago.

When I go back to Port-au-Prince—even in the informal neighborhoods untouched by government or building regulations—many homes now have code-compliant elements such as reinforcing closed hoop columns. With every house we repaired in 2010, we taught construction workers easy, inexpensive ways to build better. 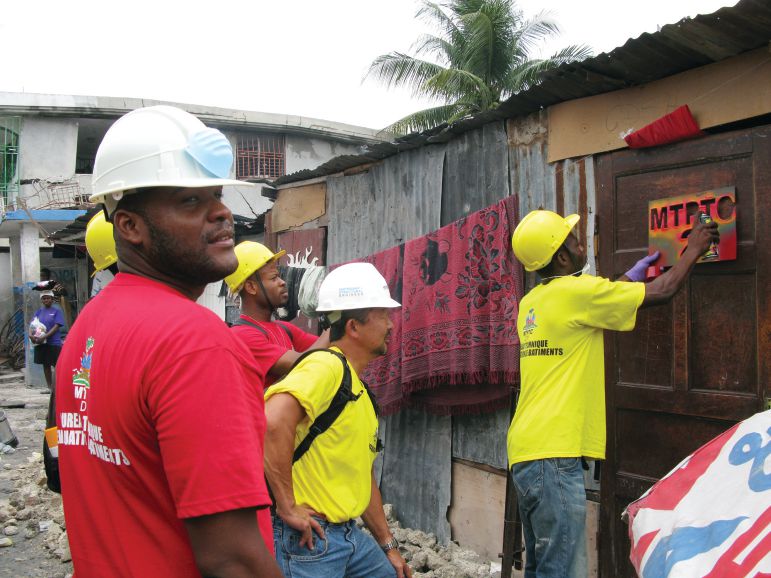 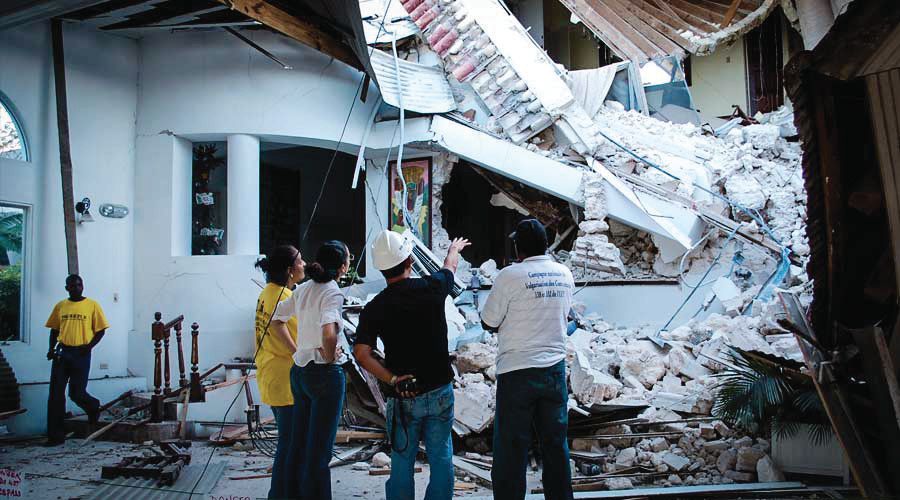 Training also is part of my mission in Puerto Rico, which hasn’t experienced an earthquake such as the one this January in 100 years. I met many competent and qualified engineers, but they weren’t prepared for a seismic event like this one. Most of the collapsed structures there are soft-story buildings with inadequate support to accommodate ground movement. Luckily, many of these homes had car garages on the first floor, so Puerto Rico lost a lot of cars but only one life due to collapse.

Following the Haitian earthquake, humanitarian agencies rushed to set up temporary shelters in Haiti, but our team focused on a different challenge: how to get families out of the camps and back into safe homes as fast as possible. After training 700 Haitian engineers, we conducted rapid damage assessments to classify more than 430,000 buildings as red-, yellow- or green-tagged structures. We set out to repair 500 yellow-tagged houses, but 500 turned into more than 10,000.

This should be an important lesson for Puerto Rico. Although the government may be quick to bulldoze damaged structures and start over, I advocate that 90 percent of yellow-tagged buildings and more than 50 percent of red-tagged buildings can be repaired at a fraction of the cost of total demolition and reconstruction. Using engineering technology, we could rapidly assess the 10,000 to 20,000 homes and historical buildings for repairability. This could save money and improve the economy while protecting families’ homes and the city’s cultural integrity. 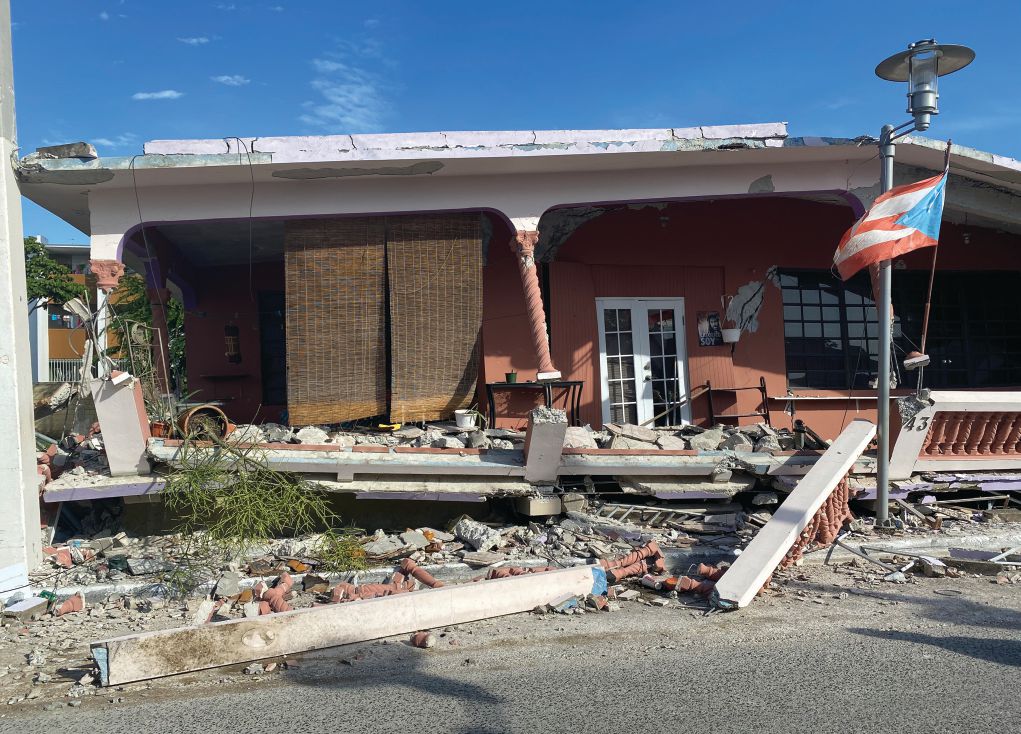 Photos show a soft-story home in Puerto Rico that collapsed in the January 2020 magnitude-6.4 earthquake as well as a damaged column (below image). Image Courtesy: Miyamoto International 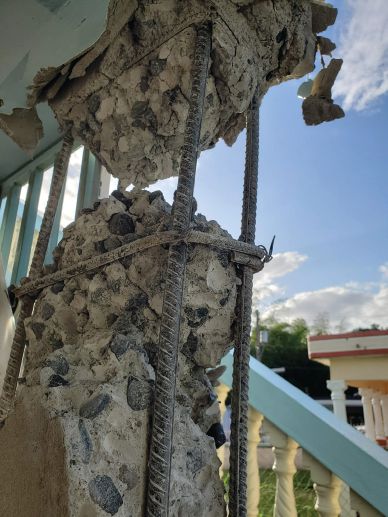 Local masons-driven efforts were the biggest success of Haiti’s problematic recovery. When given small subsidies for each house repair, mason teams spent it on local materials and labor. According to the World Bank, every housing unit built creates an average of five jobs (bit.ly/2wHEgmJ). The money spent on foreign-built “temporary” shelters (which was $500 million) could have been better spent investing in simple repairs that return families to their homes, stimulate the economy, employ people and develop life-saving construction skills.

Every dollar invested in safe, disaster-resilient construction saves $11 in damage and disruption (nibs.org/page/mitigationsaves). And if that statistic is too abstract to convince the person saving up pennies to build their home themselves, we need to find better ways to send the message. This knowledge and just a small investment can mean the difference between life and death.

Schools are one of the deadliest structures, but it costs less than 1 percent of the original construction budget to build a school the correct way, the first time around. Reconstruction is much more expensive, and lives are priceless.

Unlike Puerto Rico, the prevalence of informal housing in Haiti is extreme, but it’s not unique. In poor areas throughout the world, building codes are not enforced and government support is nonexistent, so many families construct their own homes. UN Habitat estimates that in the next 15 years, 3 billion people will live in substandard homes (bit.ly/2wKXvfe).

Just ask the 1.5 million individuals displaced by the earthquake in Haiti—after a disaster, structures are about more than just walls and a roof. When built proudly and properly, they are businesses, they are assets, they are collateral for loans. They are safe schools to send your children to for peace of mind while you look for work. They are offices to run the country and coordinate recovery. They are construction sites and training centers that stimulate the economy and employ thousands. They are homes that reunite families and provide solace amid chaos and trauma.

Our built environment is the foundation of our cities, and those who build—and rebuild—them are our best chance to make sure we never repeat these mistakes again.