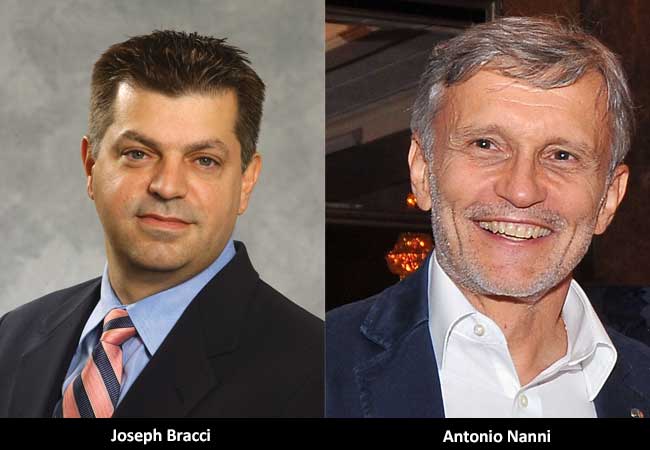 Farmington Hills, Mich. – The ACI Foundation is pleased to announce the re-election of two trustees— Joseph Bracci and Antonio Nanni. They join Michael J. Schneider, current Chair of the Board of Trustees, and six other serving trustees.

The ACI Foundation is a non-profit organization established by the American Concrete Institute (ACI) to promote progress, innovation, and collaboration by supporting research and scholarships, while also serving as an independent resource to provide thought leadership and strategic direction for the concrete industry.

Joseph Bracci is a Research Engineer and Professor at Texas A&M University. Bracci’s research experience has dealt with the behavior, adequacy, preservation, and sustainability of building and bridge infrastructure that are exposed to a variety of slow-forming degrading material mechanisms and also to rapid-forming hazardous environmental loading.  He is a Fellow of the American Concrete Institute.  He was the recipient of the Williams Brother Construction Company Faculty Fellow Award in 2009-10, the Zachry Award for Excellence in Teaching in 2002, and the ASCE Collingwood Prize for a journal publication on sill plate splitting during earthquakes. He received his BS and MS in Civil Engineering from the State University of New York at Buffalo and his PhD in Civil Engineering, with a focus on Structural/Earthquake Engineering, also from SUNY at Buffalo.

Antonio Nanni’s research interest includes construction materials and their structural performance and field application, including monitoring and renewal, with a focus on the sustainability of buildings and civil infrastructure. During the past 30+ years, Nanni has studied concrete and advanced composite-based systems as the principal investigator on a number of research projects sponsored by federal and state agencies and private industry. Nanni is the editor-in-chief of the Journal of Materials in Civil Engineering (American Society of Civil Engineers) and serves on the editorial board of other technical journals. He has published more than 260 papers in refereed journals, published more than 380 papers in conference proceedings, and co-authored two books. He is a registered professional engineer in Italy and the U.S. states of Florida, Pennsylvania, Missouri and Oklahoma.