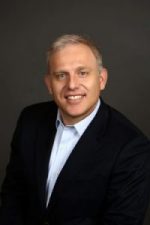 Theo Agelopoulos is the senior director of Infrastructure Strategy and Marketing at Autodesk.

There are several types of automation simultaneously disrupting the AEC and infrastructure industries, but Autodesk’s Agelopoulos is currently focused on design automation and its impact. His definition of design automation includes the elements that reduce repeatable tasks for high-value employees (such as engineers) as well as design optimization, in which computers help engineers make the best decision possible to deliver a better product. He cites the typical workflow of a civil engineer 15 years ago.

“Civil engineers would design something, and then ask a draftsman to physically represent the design on a drawing,” he notes. “And I think that’s changed over the last 10 to 15 years.”

Most engineering companies are hiring fewer traditional draftsmen and adding more engineers, because drafting is becoming more automated, and engineers generate more revenue per employee. Autodesk also is a proponent of “generative design” in which engineers set certain inputs—for example, the slope of a parking lot or the way they want water to drain—and let computers optimize the grading of that particular area based on the input criteria.

BIM Beyond a Building

He also believes information modeling is key to all three phases: design, construction and operations and maintenance, with the latter phase encompassing 75 to 80 percent of the costs during the life of an infrastructure asset.

“If you think about that spectrum as you go further down the operations phase, the hallway gets bigger,” he says. “But if you want to optimize in the ‘use’ side, certain things have to happen upstream.

“Building information modeling is a process, and the process is there to help optimize project delivery,” he continues. “That’s why people are moving to BIM.”

The Future of Construction

According to Agelopoulos, the building site of the future looks more like a car production line, where there will be robots and other types of automation hardware to optimize the way we build.

“We’re seeing things like automated brick-laying machines, 3D printing of concrete and automated machines that assemble bridge sections in the field,” he explains. “But all of that is reliant on having a rich 3D information model that happens upstream. So it’s all connected at the end of the day.”

Agelopoulos believes everyone involved in an infrastructure project needs to move away from legacy ways, particularly in contract procurement and how engineers are used and rewarded. He would like to see changes in how designers and contractors are paid, so they have more incentive to try new technologies that will transform projects and help complete them much faster with less costs throughout the process. He also believes younger engineers entering the workforce will speed technology adoption.

“Because we have an aging engineering or infrastructure workforce in general, recruiting talent is a huge challenge for a lot of these companies,” he notes. “So in order to recruit talent, they’re looking to adopt more technology in general.”

He envisions a future in which engineers input into a digital model all the parameters the owner wants, including objectives, codes and costs, and computing power uses the model and other technologies such as artificial intelligence to create designs, simulate operation for 30 years, and calculate the overall ROI. The best option is selected from the modeled alternatives and then passed along for construction and finally maintenance, all of which will continue to add data to the model.

In terms of giving advice to current and future engineers, Agelopoulos doesn’t hesitate to offer that they need to embrace automation and not push against it. They shouldn’t see automation as something that will replace their jobs. It will change what they do, of course, but it will allow them to focus on more-lucrative higher-value activities.

“As engineers, we should all be looking to move our industry faster into automation,” he says. “The more we can collaborate and share best practices to avoid the pitfalls of failure, the faster we will move as an industry.”