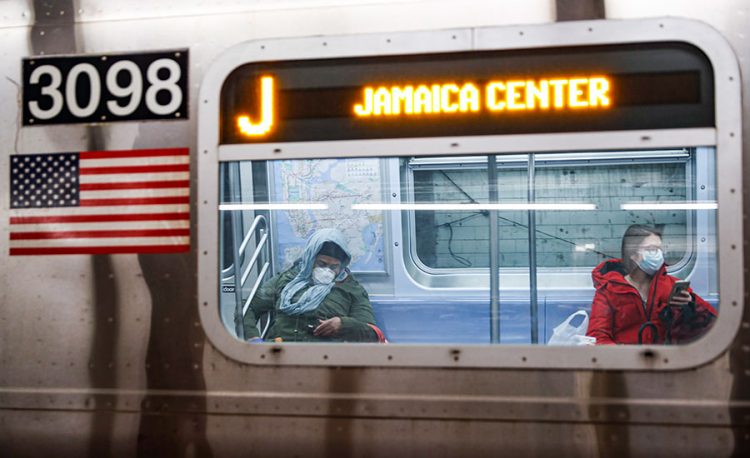 Following five days of tough negotiations among Republican and Democratic leaders and the White House, the Senate has overwhelmingly approved a massive measure aimed at helping laid-off workers, financially strapped companies and a stressed health care system—all due to the coronavirus outbreak.

The Senate vote, late on March 25, was 96-0. The measure still must win House approval.

Under the final version—the product of a bipartisan agreement announced early in the day—billions of dollars could go for infrastructure or other construction, including hospitals, airports and transit systems. The legislation’s overall total is reportedly estimated at $2 trillion.

Other provisions would provide loans to help small businesses of all types, including engineering and construction firms,  and direct payments to individuals.

But in a crucial caveat, in some cases, it would be up to states, localities and other recipients to determine how much of some broad-ranging grants or other types of aid would be devoted to operations and how much to construction.

Such financially strapped aid recipients as airports and transit systems might well decide to use the money to offset the dramatic revenue losses they have seen, rather than for construction projects.

Some of the construction funding is contained in the $339.9-billion appropriations section of the overall package. ENR calculates that infrastructure and construction could be eligible for as much as $42 billion of that total.

Among the largest allotments is $25 billion for what are called “transit infrastructure grants.” But the legislation says that funds can be used for transit systems’ “operating expenses related to the response to a coronavirus public health emergency,” or to cover lost revenue from the coronavirus outbreak.

Funds would be divided among U.S. transit agencies by existing formula.

The legislation also has $10 billion in federal Airport Improvement Program (AIP) grants, to be distributed to airports by existing formulas.

AIP money has traditionally been focused on infrastructure projects, but the new legislation says that nearly all of the $10 billion can be used “for any purpose for which airport revenues may lawfully be used.” That would seem to include non-infrastructure purposes.

Todd Hauptli, American Association of Airport Executives President and Chief Executive Officer, said the additional funds will assist airports that are “reeling from the impacts of coronavirus and the precipitous decline in travel that has occurred in a matter of a few short weeks.”

In a statement issued shortly after the Senate vote, Hauptli added that the $10 billion “will help keep people at work, avoid defaults on bonds, allow critical projects to continue and assist with recovery efforts that will be massive over time.”

In addition the measure would provide $5 billion in Housing and Urban Development Dept. community development block grants, which can finance a wide variety of activities, including infrastructure.

The legislation also contains $1.5 billion for the Dept. of Defense to expand military health facilities and modular field hospitals. Funds would almost triple the current total of 4,300 beds in U.S. military treatment facilities, according to a Senate Appropriations Committee Democrats’ summary.

The Dept. of Veterans Affairs’ appropriations allocation includes $606 million for VA medical facilities, including funds to develop other sites for providing health care services and for projects to modify infrastructure and utility systems at existing VA facilities to reconfigure them for needed types of care.

There also would be $150 million in VA grants to states to modify or reconfigure existing veterans’ facilities, such as hospitals and nursing homes,

The Commerce Dept.’s Economic Development Administration would be allotted $1.5 billion for grants to states and localities. In the past, infrastructure has been one of the activities eligible for such grants.

Senate Democrats’ lead negotiator, Minority Leader Chuck Schumer (N.Y.), said the overall package  has a $150-billion infusion for the health care system would include including “new construction to house patients.”

Elsewhere in the package is a $350-billion loan program for small businesses, which are prevalent in engineering and construction.