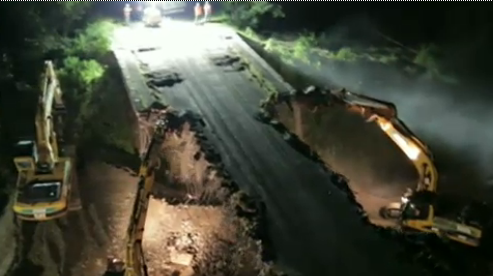 GEODIS, the biggest geoinformatics company in Czech Republic, used its own aerial unmanned vehicles (UAV) to monitor the demolition of a bridge on the D1 highway that connects the capital city Prague and Brno. These shots were used by Czech Television for the main Czech TV news broadcast. This project is the continuation of cooperation between GEODIS and Czech Television – GEODIS had monitored for example flooded areas during the huge floods in June 2013 or the explosion in the electrical substation in Praha Chodov before. 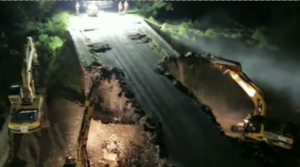 Shooting took place during the night between Friday the 5th of July and Saturday the 6th of July 2013, when the extensive demolition of six bridges on the highway D1 was held. The whole operation had been very carefully planned months in advance and within a few night hours managed to demolish all six bridges. GEODIS used for the monitoring of the demolition part of its UAV fleet, the octocopter, which took the unique night aerial shots of the most problematic demolition of the bridge near the village Dunice (73 km).