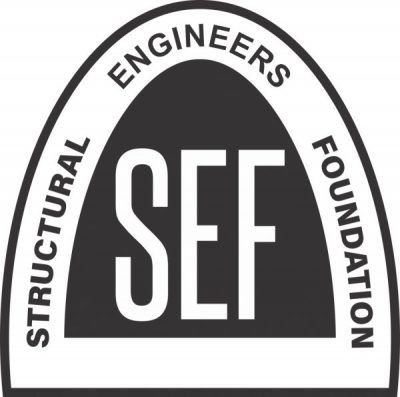 Chicago, IL: The Structural Engineering Foundation (SEF) is pleased to announce a new annual scholarship in honor of Structural Engineer, Fred Haas. This scholarship is made by possible by a generous donation from the Associated Steel Erectors, and will be included in the 2020 SEF Scholarship Awards. Outstanding students that demonstrate an interest in Structural Steel Design and Construction will be considered for the scholarship of $2,500.

Mr. Haas was a past president and honorary member of the Associated Steel Erectors. He also was a past president of the Structural Engineering Foundation. He was also active with the Structural Engineers Association of Illinois and AISC, receiving the AISC Special Achievement Award in 2001 for his work in developing the AISC Erector Certification program. Mr. Haas was a graduate of Purdue University and served with the U.S. Army Corps of Engineers in the South Pacific Theater during World War II. Mr. Haas passed away in 2014 and is succeeded by his wife, Diana, and two daughters, Karen and Megan.

@ARTBA, Construction Industry Allies Develop COVID-19 Guidance Materials https://t.co/NrHKzg16ML
2 hours ago
@FTA_DOT Makes Emergency Funding Available for #Coronavirus Needs https://t.co/3j7xg4ITu9
1 week ago
@OnScaleInc OnScale is Providing Free Cloud Core-Hours to Customers to Mitigate Engineering Productivity Loss Relat… https://t.co/2kznD1Kh0d
2 weeks ago
You can also visit our website (https://t.co/5ChDhKH2IT) to verify the latest conference cancellations and postpone… https://t.co/DhAiikvEtB
2 weeks ago
With limitations on travel and working from home becoming mandated across the country and globe, please feel free t… https://t.co/OTQosM2hWP
2 weeks ago
it will be “business as almost usual” here at Informed Infrastructure. All of the contact information you find in t… https://t.co/osIMDhV6bP
2 weeks ago
STAY SAFE OUT THERE: In these trying times, we aim to be a vital resource for our readers and the engineering commu… https://t.co/qFrDnwEbKv
2 weeks ago
@aisc Cancels 2020 #NASCC: The Steel Conference Due to Coronavirus Threat https://t.co/Dd0Nv4nRxI
2 weeks ago
Structural Engineers Foundation Fred Haas Scholarship https://t.co/UDaFz3eW9N @SEAOIYEC
1 month ago
The Washington State Department of Ecology has recently found that Bio Clean’s WetlandMod®, a horizontal flow biofi… https://t.co/YDd90gMra5
1 month ago