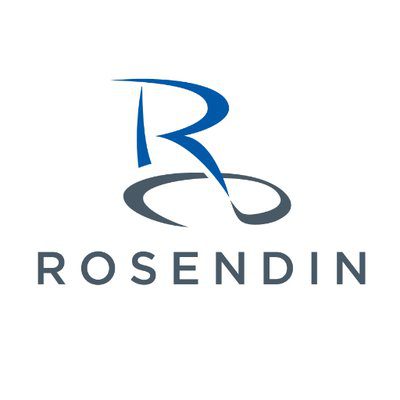 Mike Holmes has been promoted to Vice President of Preconstruction – West, where he will lead the preconstruction efforts in Northern California.

Ron Wilson has been promoted to Vice President of Engineering where he will continue to lead Rosendin’s national engineering practice.

Both Holmes and Wilson will continue to work out of the corporate headquarters under the direction of the newly formed Executive Leadership Team, led by Mike Greenawalt, CEO, and Paolo Degrassi, President. Rosendin’s new organizational structure will also be led by Keith Douglas, COO Eastern Division; Matt Englert, COO Western Division; and Justin Tinoco, Executive Vice President of Field Operations.

The five longstanding executives replace retiring leaders Tom Sorley and Jim Hawk, along with Larry Beltramo, who is taking a reduced role in the company. They will retain their positions on the Board of Directors and remain at Rosendin through the end of 2020 to promote stability and provide support. 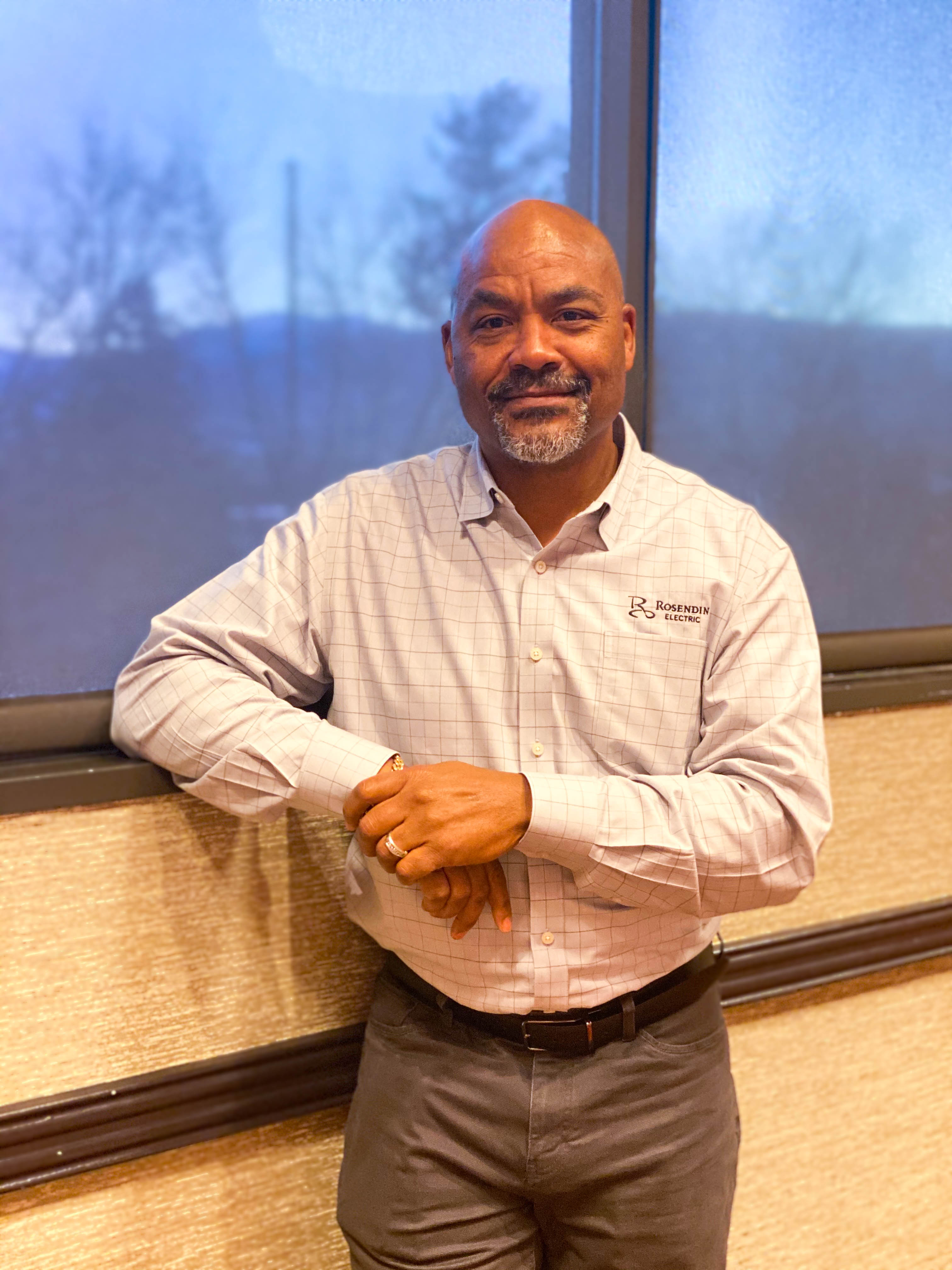 Holmes has been with Rosendin for 12-years, most recently serving as Director of Preconstruction, where he expanded Bay Area operations by developing highly efficient design focused teams and identifying new general contractor partners.

“Mike has displayed exemplary leadership, dedication, and teamwork since joining Rosendin, and his hard work is reflected in the company’s growth across Northern California,” said Paolo Degrassi, President of Rosendin. “His vast experience in the field contributed to greater efficiencies in preconstruction, and I have complete confidence he will be just as successful in his new role.”

“I am grateful to Paolo and Rosendin’s executive team for giving me this new leadership opportunity where I can grow my career and elevate my team,” said Holmes. “Since starting as an electrician in the U.S. Navy over 35 years ago, I have filled just about every role in the industry and learned that true success can only be achieved when the team is unified.”

Upon leaving the military, Holmes excelled as a Journeyman Electrician, Foreman, Estimator, and Project Manager. The Navy Veteran is also generous with his time, speaking with college students about career opportunities and giving back to the community through organizations like the Seabee Historical Foundation and American Heart Association. 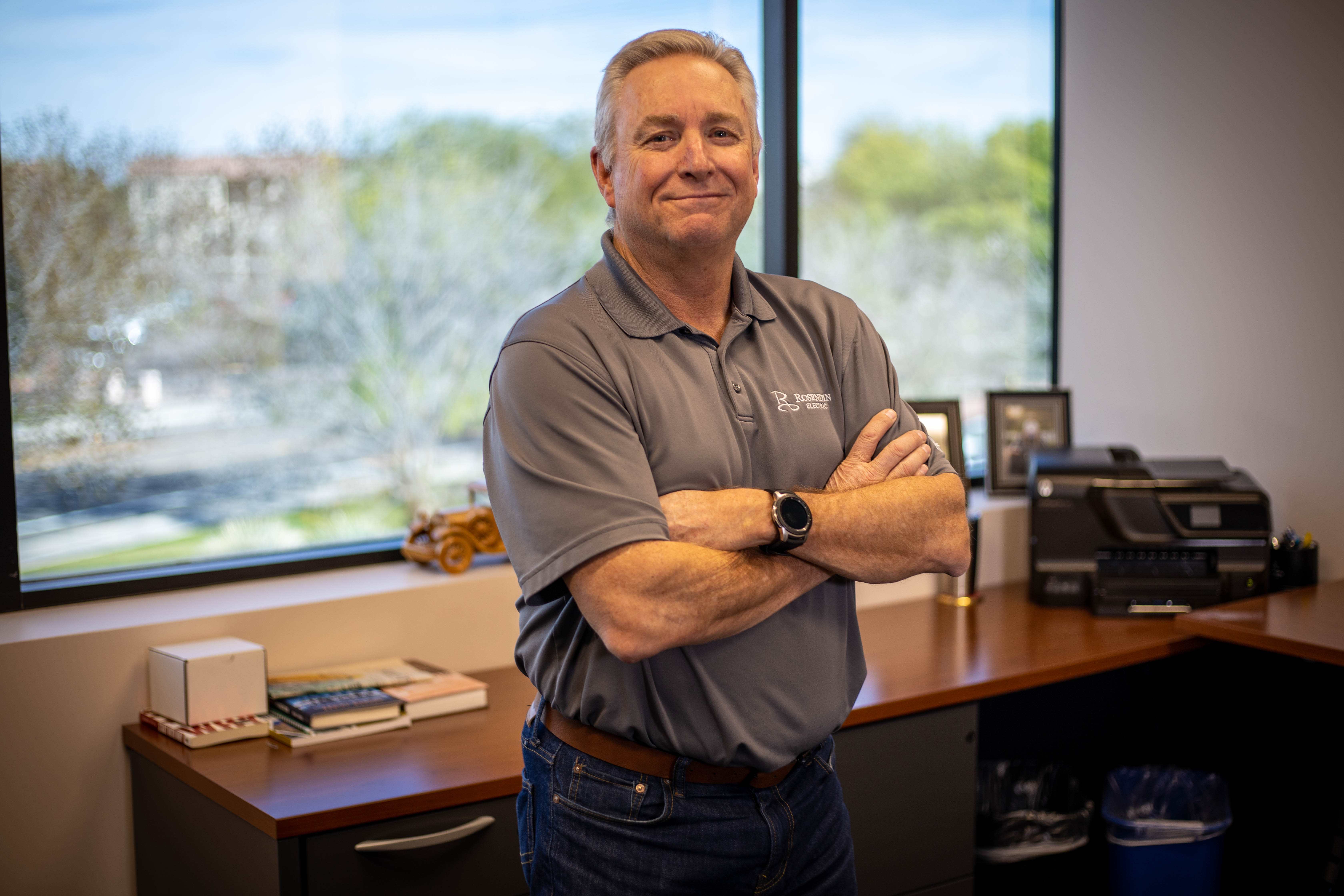 Since joining Rosendin in 2011, Wilson has led the engineering department with teams focused on technically complex facilities and their efficient operation. In his most recent position as Director of Engineering, he expanded corporate engineering operations in sectors such as mission critical, healthcare, transportation and substation/utility, as well as growing the staff from 30 in a single location to 70 in eight locations across the country.

“Ron’s leadership has been crucial as we continue to expand our footprint in Design-Build within all vertical sectors and we are thrilled to position him for continued success,” said Paolo Degrassi, President. “His drive to consistently deliver the highest quality work has boosted Rosendin’s reputation as a trusted company that builds value for our customers.”

“I look forward to working with Paolo and the new executive leadership team as we seek out opportunities to grow Rosendin’s services and market reach,” said Wilson. “Rosendin has always supported my passion for tackling the most technically difficult challenges and I am grateful to be recognized in a way that lets me influence our future and develop more team members throughout the company.”

Wilson brings more than 40-years of experience in engineering and construction, much of that in management and oversight positions with virtual team environments. He holds a Professional Engineering licenses in eight states and a degree in Construction Management from California Polytechnic State University at San Luis Obispo.

Rosendin, headquartered in San Jose, Calif., is an employee-owned electrical contractor. With revenues upwards of $2 billion, Rosendin is one of the largest electrical contractors in the United States employing over 7,000 people. For 100 years, Rosendin has created a reputation for building quality electrical and communications installations, building value for clients, and building people within the company. For more information, visit www.rosendin.com.