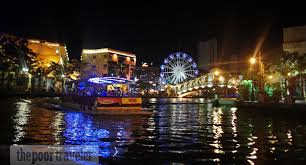 The Masers Energy Smart Grid City and Green Special Economic Zone are an innovative public-private plan to transform the Melaka region from an agricultural and small-industry zone into the first Smart Grid City in Asia. Designed to bring the economic and societal benefits of smart infrastructure to Malaysia, the plan leverages the latest Smart City technologies and innovations to create a “Green Corridor” in Melaka, helping it become one of the world’s leading green and low-carbon centers.

Melaka is the first state that has decided to implement these Carbon Free and Smart Grid technologies in accordance with the Malaysian Government’s effort to reduce release of carbon dioxide by 40% by 2020.

Integration of the Smart Grid technology will reduce energy consumption by 50 to 70% altogether and is the only way to lower our Carbon Footprint. Furthermore, there will be no more restriction to integrate renewable energy sources and have everybody enjoy the benefits of Smart Grid and cut the need to subsidize energy.

Masers Energy technologies will reduce the loss of energy, outages and theft up to 80%. Overall, all parties, from the generators of energy until the end-user will receive huge benefits from the implementation of Smart Grid technology. Climate change is a serious global problem, caused primarily by the carbon dioxide released from burning fossil fuels like oil, coal and gas. To solve the negative consequences of climate change, we all need to take account of our personal carbon emissions and make continued efforts to reduce them.