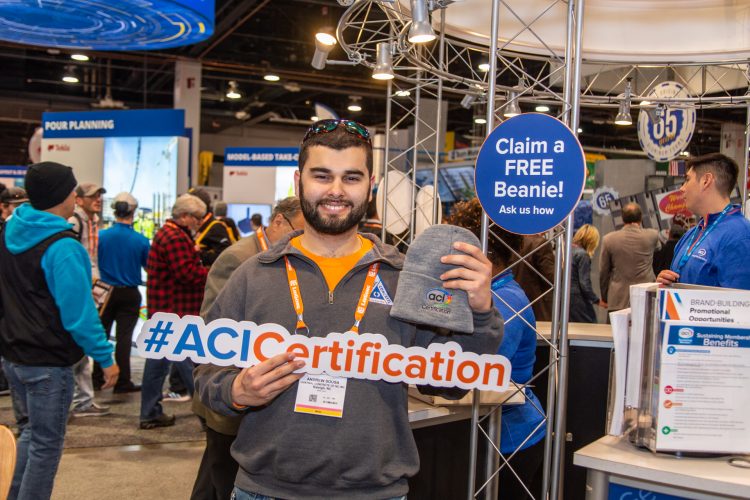 FARMINGTON HILLS, Mich. – The American Concrete Institute (ACI) hosted a celebratory booth event in honor of ACI certification at World of Concrete in Las Vegas, NV, USA. Show attendees and press were invited to attend the event on Wednesday afternoon to learn about recent ACI Certification achievements and network with leadership, staff, and ACI Sponsoring Groups. 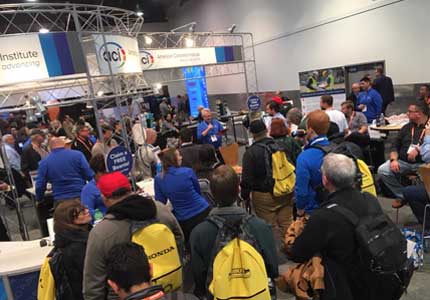 In addition to Nehasil’ s remarks, the Institute also raffled off several prizes and held a social media photo contest during the celebratory event. Stop by the ACI booth (C4203) today or Friday to pick up an ACI Certification-branded Carhartt beanie (while supplies last) or participate in the #ACICertification photo contest.

Always advancing – Founded in 1904 with a headquarters in Farmington Hills, MI, USA, and a regional office in Dubai, UAE, the American Concrete Institute is a leading authority and resource worldwide for the development, dissemination, and adoption of its consensus-based standards, technical resources, educational & training programs, certification programs, and proven expertise for individuals and organizations involved in concrete design, construction, and materials, who share a commitment to pursuing the best use of concrete. For additional information, visit concrete.org.