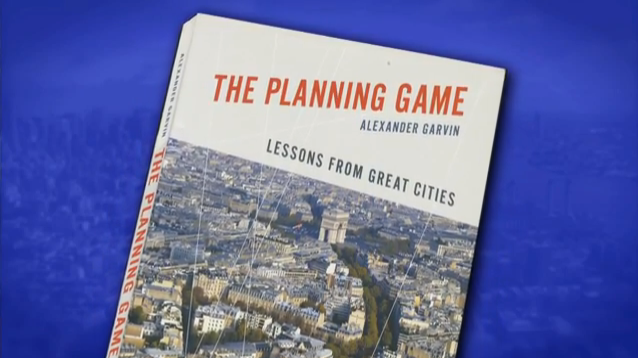 In a new book emphasizing the crucial role of the public in successful city planning, Alexander Garvin focuses on the architecture and planning of four major cities –Paris, New York, Chicago and Philadelphia. Projects that fail are “the projects that are stopped by the public,” Garvin said.

Garvin, a Yale University professor and former New York City Planning Commissioner, talked about his chapter dedicated to New York and its key planning game player, Robert Moses. Long known as New York’s master builder, Moses had a significant influence on the shape of the city’s urban landscape. According to biographer Robert Caro, Moses constructed over $27 billion of public works, including parks, bridges, housing and playgrounds. Garvin told Pi Roman, “When Moses became the parks commissioner there was one mile of public beach. When he left, there were eighteen miles of public beach.”