/ Articles / Executive Corner: What’s a Good Outside Board Director Worth?

Executive Corner: What’s a Good Outside Board Director Worth? 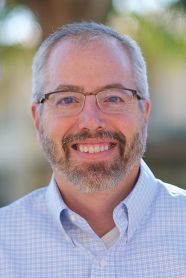 So you’ve finally decided to add an outside, independent director to the board of your privately held A/E firm. You’ve even identified several candidates. Now the question is what (if any) compensation to offer them. For an independent party to take on the time and responsibility of serving on your board, you expect some level of compensation to be appropriate, but how much?

Before addressing that question, here are a few background statistics on board compositions in the A/E industry. According to a 2015 study on ownership and ownership transition conducted by ROG and Boston-based Practice Lab, of the 57 A/E firms participating, the average board consisted of five directors—with a lower quartile of three and an upper quartile of seven—and 25 percent of the surveyed firms reserved at least one board seat for an outside director.

Anecdotal observations suggest that the larger the firm and the more distributed and active its internal stock market, the more likely it is to have one or more outside directors. Additionally, firms that sponsor employee stock ownership plans (ESOPs), particularly 100-percent ESOP-owned firms, are more likely to have outside directors. In fact, we frequently see independent ESOP trustees insisting on outside directors when negotiating the terms of an ESOP transaction to ensure a higher level of corporate governance. A recent study conducted by the National Center for Employee Ownership (www.nceo.org) reported that approximately two-thirds of responding firms had at least one outside director.

This trend toward outside directors at ESOP-owned companies has been driven by a number of recent court cases and regulatory actions, according to David Solomon, an attorney at Levenfeld Pearlstein specializing in corporate law. Solomon indicates that “there is a strong trend for ESOP trustees to insist that the board of directors of an ESOP company include several outside, independent directors; and, in many cases, the trustees will ask for the board to consist of a majority of outside directors. The goal of this request is to both show that the ESOP trustee has some control over activities of the board, such as a decision to pay a control premium in a stock transaction, as well as to add a level of accountability and professionalism to the board room that is many times lacking in a closely held, privately owned company. This level of oversight and implementation of professional governance practice has the effect of protecting the employees’ investment in the company through their ESOP participation, which is a positive development.”

Having established the value of independent outside directors, the question of how to compensate them remains. The aforementioned NCEO study explored the subject of outside director compensation (note that this study includes firms outside the A/E industry). The study found that among the 241 respondents with outside directors, the median annual compensation was $12,000, with a fairly wide variation from a lower range (10th percentile) of $2,600 to a higher range (90th percentile) of $40,160. The most-common form of payment for outside directors was a fee per meeting (47 percent), with the median respondents holding four meetings per year. The second most-common form was a fixed retainer (37 percent).

In deciding what to offer your outside directors, consider the following:

1. How many meetings will you hold per year, how long will they be, and how much preparation will be expected (e.g., reviewing board packages)?

2. Will the director be traveling to attend meetings?

3. What is the experience and background of the director? What unique knowledge and skills do they bring to the board?

4. Will the director be sitting on any subcommittees of the board (e.g., audit committee, compensation committee, etc.)?

In summary, outside directors can bring value to boards that internal directors often can’t, including the following:

• Outside perspective uninhibited by internal politics.

• Expertise in subjects such as law, finance, human resources, etc.

• The “been there, done that” experience of a retired industry executive.

So what is that worth to your firm? The aforementioned survey data suggests a fairly wide range of compensation, but here, the old adage “you get what you pay for” rings very true.

Comments are disabled
NEXT ARTICLE
Change Leader Full Interview: Engineering Is Much More Than What’s Taught in School
February 17, 2020
PREVIOUS ARTICLE
AECOM names Todd Musterait senior vice president of strategy and growth for its environment practice in the Americas
February 17, 2020