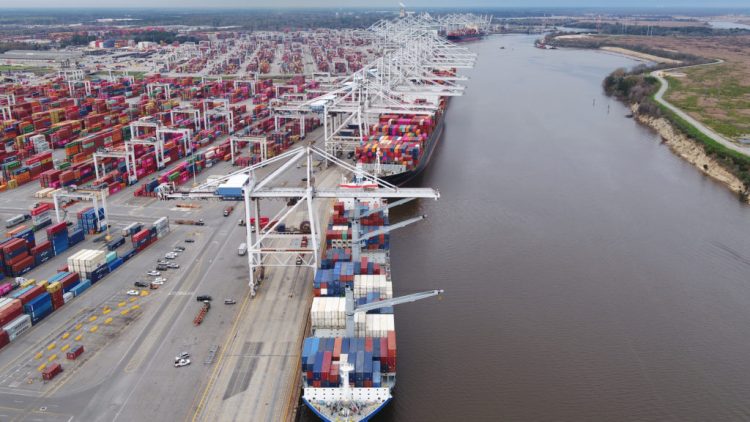 “This record-breaking accomplishment is thanks to a dedicated team of professionals including GPA and the International Longshoremen’s Association, our partners in trucking and rail, and those making important investments beyond our gates to accommodate growth,” Lynch said. “It’s a testament to the trust our customers and stakeholders place in our ability to deliver reliable, on-time service, every day.”

“Both Savannah and Brunswick are outperforming the market, with Garden City container trade growing at a rate three times faster than the U.S. total, and Brunswick Ro/Ro units increasing despite a drop in U.S. vehicle sales in 2019,” said GPA Board Chairman Will McKnight.

Total tons crossing all GPA terminals reached 38.5 million, up from 36.9 million tons in 2018, an increase of 4.3 percent. Lynch credited steady volumes in breakbulk cargo, combined with growth in tonnage for both bulk and containerized goods.

Highlights of the year included a burst of new cargo handled via the Appalachian Regional Port, totaling approximately 36,000 TEUs, and the announcement of two new resin-handling facilities near Savannah, which are expected to increase export totals by around 90,000 TEUs per year.

Lynch said the Authority is building the infrastructure necessary to take on new business while maintaining the free flow of cargo. He said an ambitious infrastructure plan will double annual rail capacity at the Port of Savannah to 2 million TEUs, expand berth capacity to handle up to six 14,000-TEU vessels by 2026, and develop another 400 acres on Colonel’s Island, enough to nearly double the autoport’s annual capacity from 800,000 vehicles to 1.5 million per year.