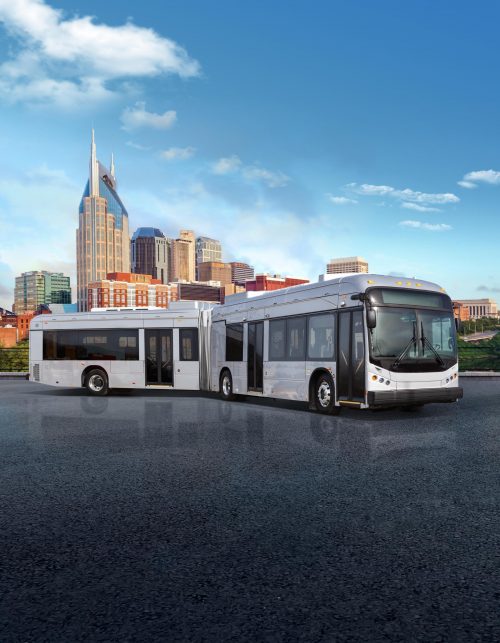 The K11M, which exceeds all Buy America requirements, became the first articulated bus tosuccessfully complete the new FTA “Pass/Fail” protocol and is the only five-door model to do so.

“This is a milestone for battery-electric buses,and clearly highlights the style, innovation,and safety features that are hallmarks of the BYD brand,”said BYD North America President Stella Li. “Not only are these American-built buses safe, they are quiet and comfortableand contribute to better air quality and a higher standard of living in our communities.”

In September, BYD’s K11M became the first battery-electric transit bus of its size to complete the full 15,000-mile durability test in an impressive 106 daysand requiring a minimum amount of maintenance, setting ahigh bar for all other bus manufacturers.

BYD’s 60-foot articulated transit bus is ideal for high-volume passenger operations, providing service with less noise and vibration. Dependingon the configuration, the bus can accommodate up to 89 passengers. It has a range of up to 220miles and can be fully charged in three to four hours.

TheK11M is built at BYD’s Coach & Bus factory in Lancaster, Calif. All of BYD’s zero-emission buses not only meet but also exceed FTA Buy America requirements, incorporating more than 70% U.S. content.BYD is the firstbattery-electric bus manufacturer that has both a unionized workforce and a Community Benefits Agreement, which sets goals for hiring veterans, single parents, second chance citizens, and others facing hurdles in obtaining manufacturing employment.