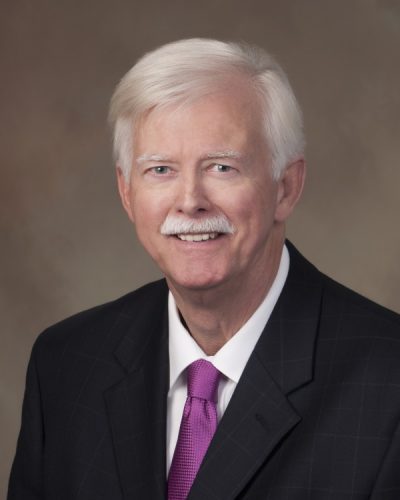 “I am so honored to be elected as chairman; it is a responsibility I will take pride in” said King. “As chairman, my goal is to ensure the commission continues to focus on sustaining a transportation infrastructure that promotes economic growth throughout the state, as well as the needs of the public when it comes to safety.”

He previously served as a state lawmaker since 1993, when he was elected to the House of Representatives where he remained until 1999. In 2000, he began his tenure in the Senate, where his leadership brokered many bills designed to better the lives of Mississippians. As Chairman of the Senate Highways and Transportation Committee, King authored resolutions that honored the achievements of persons throughout his district and the state. Most notably, King authored Senate Bill 3181—the $300 million bond bill for highways and bridges and Senate Bill 3014, known as the John Paul Frerer Bicycle Act, which promotes safety for cyclists on the roadways. King also authored Senate Bill 2514 that created the Mississippi Wireless Communications Commission, which ensures that the state’s emergency responders and law enforcement have the means to communicate regardless of any disaster that may occur.

King is a veteran of the Vietnam War, having served his country in the Air Force as an Air Policeman. He is affiliated with the Petal Chamber of Commerce, Rotary, American Legion and VFW. He has received many professional awards and honors including—2011 Mississippi Municipal League Legislator of the Year; 2010 Hattiesburg’s Veteran of the Year; American Legion Meritorious Service Award in 2007 and Mississippi Law Enforcement Officers Legislator of the Year in 2002.

King is no stranger to South Mississippi, as he was born in Hattiesburg. He attended Petal High School and graduated from the University of Southern Mississippi with a Bachelor of Science degree in 1973.

The commission meets every second and fourth Tuesday of each month.