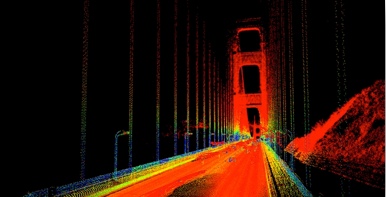 The 3D Laser Scanning (3DLS) market continues to penetrate new industries and experience robust growth.  Suppliers both of hardware and software have made continuous improvements in ease-of-use and workflow, driving sales and resulting in a technology more accessible for professional users. As this continues, ARC expects the market to experience double-digit growth and expand globally, as detailed in a new ARC Advisory Group study.

3D laser scanners use non-contact technology that senses the shape of an object through the use of laser light.  Software transforms the data collected by the hardware into an accurate, digitalized 3D representation of the object.

Improved Technology, Lower Prices
The 3D laser scanner market is characterized by massive declines in hardware pricing, which has been complemented by corresponding advancements in technology.  Manufacturers have improved the ergonomics of laser scanner hardware by making them lighter and improving portability.  While a 3D laser scanner previously required a two man crew, now only one person is necessary to complete a job; this has drastically reduced project costs.  This development has not only impacted 3D laser scanning suppliers, but has expanded the reach of the technology among end users.  A 3D laser scanner which might have cost more than $200,000 in the late 1990s may now be available for under $30,000.  This has enabled the technology for a wider variety of users and verticals.

3D Laser Scanning on the Factory Floor Gains Traction
Through network interfaces which facilitate integration with programmable logic controllers and industrial computers on the factory floor, 3D laser scanning technology is rapidly being employed in critical inspection points along the production line.  In some instances, 3D laser scanning is competing against more expensive and complex vision camera systems.  The ease of use and lower deployment costs of laser scanners are rapidly creating a strong demand for these solutions in electronics, tire & rubber, and food packaging.

3D Printing Takes Interest in 3DLS
3D systems caused a major stir in the 3D laser scanning software market by acquiring two major software competitors, and the integration of 3DLS with 3D printing will provide a platform for strong growth, as the “art-to-part” workflow is streamlined.  As the 3D printing process begins with a traditional 3D image created with CAD design tools, reverse engineering is a 3D laser scanning application tied to 3D printing.