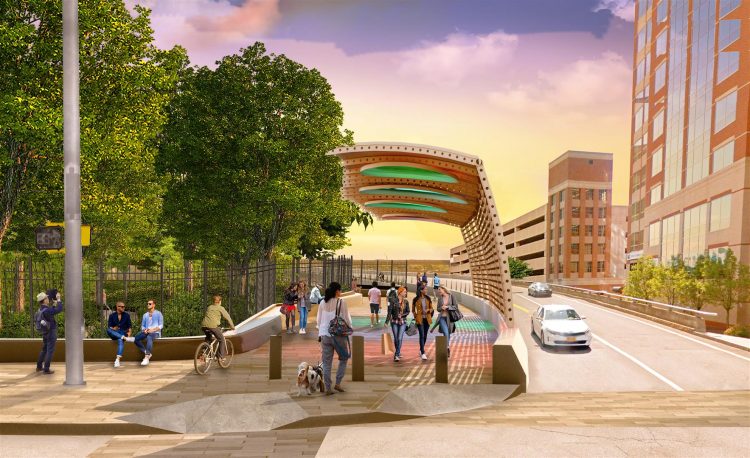 Albany, NY – TSX, NYSE: STN: Top ten global design firm Stantec has received a Diamond Award in the American Council of Engineering Companies (ACEC) New York 2020 Engineering Excellence Awards for work on the Albany Skyway, a unique infrastructure renewal project poised to be the first elevated park in the Capital Region of New York and the first project of its kind that will convert an elevated interstate ramp into an ADA-compliant linear park.

Stantec provided engineering and landscape architecture design and services for the transformative project, which will serve as a vital connection between Albany’s downtown, Arbor Hill and warehouse district neighborhoods, and the Hudson River waterfront on behalf of client Capitalize Albany Corporation. The project was made possible by the Environmental Protection Fund from the New York State Office of Parks, Recreation, and Historic Preservation.

The project, recognized in the Studies, Research, and Consulting Engineering Services award category, will repurpose a half-mile portion of an underutilized elevated interchange ramp along I-787 to create a multi-modal linear park, with a landscaped promenade, bike route, event spaces, and foot path. The conversion of this link is informed by the Impact Downtown Albany strategic plan and the Corning Waterfront Park Master Plan (completed by Stantec), as well as the City of Albany’s comprehensive plan, which all show demand and economic need for increased connections between downtown and the waterfront.

“Recognition for this project by ACEC New York is a testament to the impact of community engagement, for this unique transformation has grown out of public outreach and interactions with stakeholders,” said Gary Sorge, Stantec vice president for Community Development and project principal. “Stantec is committed to enhancing our communities by repurposing infrastructure to better meet today’s needs. We are confident that this project will provide a model for the design and engineering profession of how to address a community’s desire to repurpose overbuilt infrastructure to achieve public goals for greater connectivity and mobility.”

“As someone who grew up in Albany and still resides in the Capital Region, it is professionally satisfying to lead this transformative project for the City of Albany,” added Robert Cartwright, Stantec project manager and ACEC New York Eastern Region Vice Chair. “I join my neighbors in their excitement in watching this project come to life.” 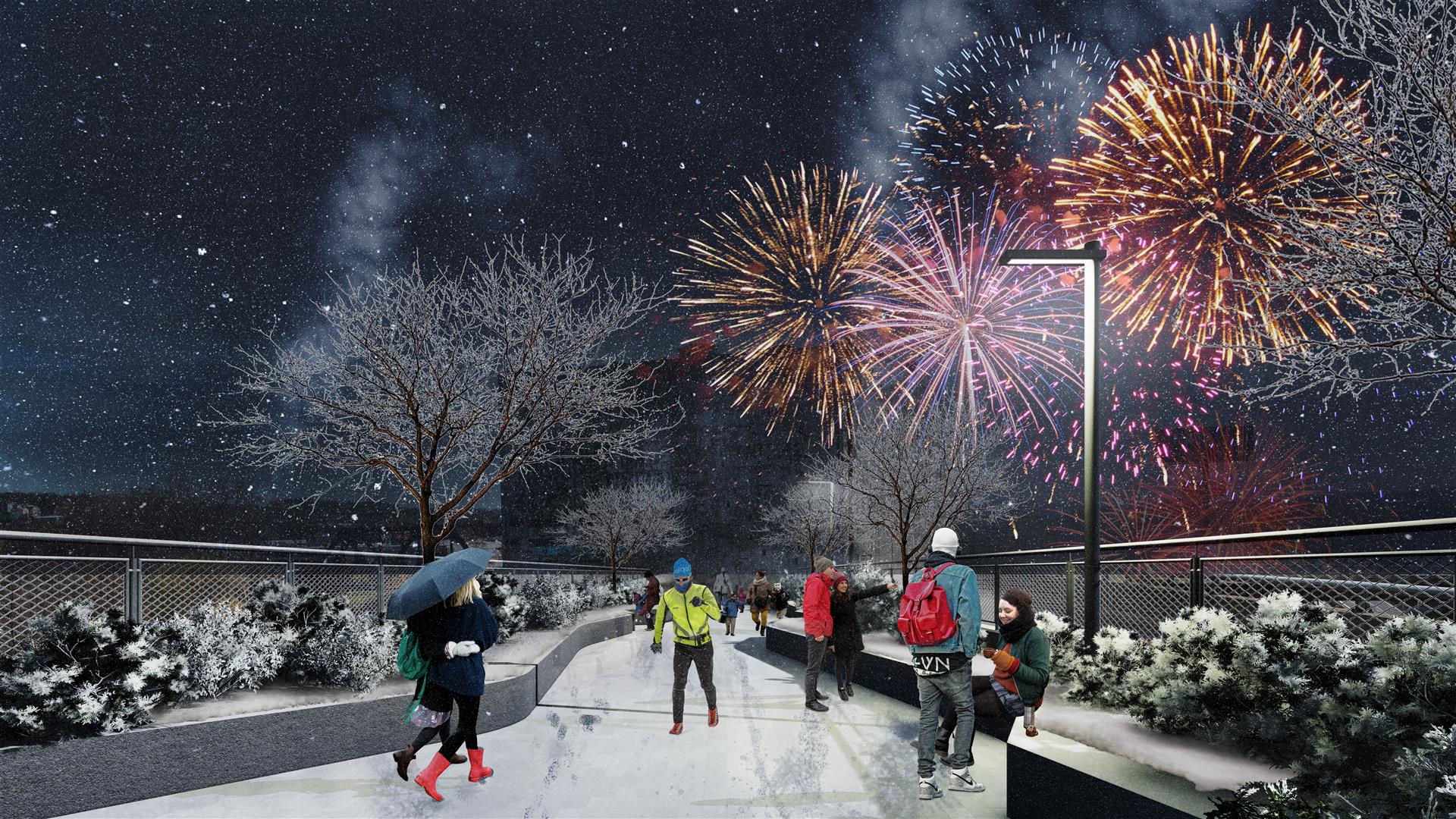 “It is fitting that Stantec has received an award for engineering excellence from ACEC NY for their work on the Albany Skyway project,” said Albany Mayor Kathy Sheehan. “The community engagement and stakeholder involvement that took place in the preliminary process for this project was abundant and vital. Bringing the vision of a downtown community with greater connectivity and mobility to life through this unique infrastructure renewal project, the first project of its kind that will convert an elevated interstate ramp into an ADA-compliant linear park, has been exciting. The Skyway will not only provide a greater quality of life in downtown Albany, but will serve as a regional attraction, incentivize additional growth, and enhance sustainability. I commend Stantec for recognizing the significance of this project and congratulate them on this well-deserved award.”

“The community feedback received and incorporated into Stantec’s work throughout the Skyway’s preliminary design and feasibility analysis process will go a long way towards the project’s ultimate success,” said Capitalize Albany Corporation president Sarah Reginelli. “The Skyway thinks about our infrastructure as an opportunity. This amenity will serve as a regional attraction and spur additional growth. Beyond even this, the project takes back a portion of I-787 improving walkability and bikeability as well as enhancing sustainability.”

The completed feasibility study has readied the project to move forward with detailed construction-ready drawings. Construction will begin in 2020. With Governor Cuomo’s support and more than $10 million invested by New York State, the project is able to move forward by decommissioning the ramp. New York State’s investment will enhance the park with amenities that will maximize the usage and impact of this new, transformational asset.

An interdisciplinary team at Stantec led the project’s first phase, which launched in 2018 with a public input stage. The team’s scope of work included a structure assessment and feasibility study, traffic impact study, park concept design, public engagement, and preliminary design, among other related activities.

Each year, over 60 member firms submit projects that are judged on a rigorous set of criteria, which includes complexity, innovation and value to society. These projects are judged by a panel of industry experts, which includes military and government officials, ACEC National and International leadership, educators from college and university engineering departments, and leadership from other organizations dedicated to the built environment. Awards are distributed based on the average scores received by these judges and are assigned one of four levels (in ascending order): Silver, Gold, Platinum, and Diamond. The top-rated Diamond award that is designed and built entirely within New York State will earn the Empire Award, which will be announced during the Gala in April.

Communities are fundamental. Whether around the corner or across the globe, they provide a foundation, a sense of place and of belonging. That’s why at Stantec, we always design with community in mind.