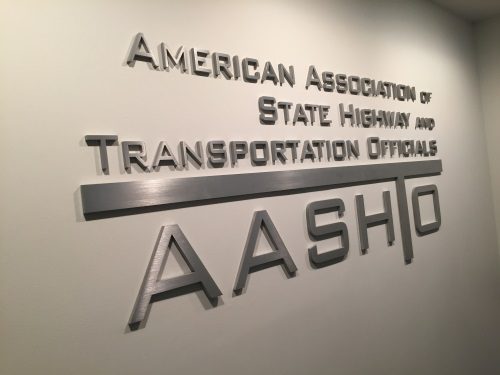 As reported by the AASHTO Journal: https://aashtojournal.org on December 11, 2019 - in News, People

The American Association of State Highway and Transportation Officials has appointed Mark Lowe, director of the Iowa Department of Transportation, as the chair of the Special Committee on Research and Innovation for a two-year term. AASHTO also reappointed the chairs of eight other committees as well.

Appointed Iowa DOT’s director on May 26, 2017, Lowe previously served as the agency’s general counsel from 2008 to 2009, and as the director of its Motor Vehicle Division from 2009 to 2016. Before joining Iowa DOT, Mark served as an associate and then shareholder with the Hopkins & Huebner law firm and as associate general counsel for Norwest Financial; both located in Des Moines.

In a previous interview with AASHTO’s Transportation TV, Lowe noted that one of his agency’s biggest challenges is finding a way to “maintain that balance between stewardship and modernization” of Iowa’s transportation system.

Meanwhile, AASHTO reappointed the chairs for eight of its other committees: