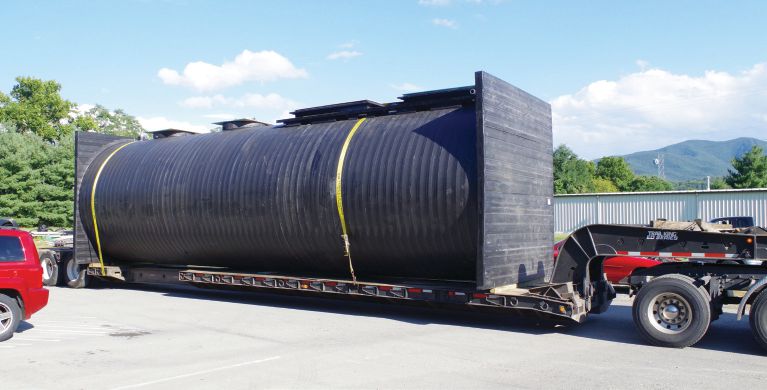 For more than 100 years, the United States has relied on an ever-growing massive network of centralized water-treatment facilities. This is the standard model for both public and private investment. As a result, more than 85 percent of the U.S. population is served by large number of “mega water systems” with capacities greater than 1 million gallons per day (bit.ly/2yVwovI).

But aging water infrastructure is forcing these utilities to spend more each year. Because capital investment has fallen off, operation and maintenance (O&M) expenses keep rising, and deferred maintenance becomes the daily norm with no end in sight to this trend (see Figure 1). 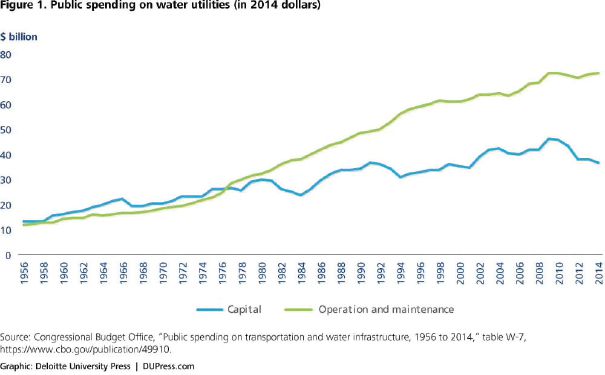 Global water losses, or non-revenue water (NRW), are estimated at 35 percent of all water supplied. Saving just half of this amount would supply water to an additional 100 million people without further capital investment (see “The Manager’s Non-Revenue Water Handbook,” bit.ly/33zWkuU).

This aging infrastructure is falling badly behind: a 2015 report by the American Water Works Association estimates that the cost of restoring underground pipes will total at least $1 trillion during the next 25 years, without including the cost of constructing new infrastructure or repairing treatment plants (see bit.ly/2MYnLsu).

And government is spending less each decade (see Figure 2). As a result, the burden will fall on ratepayers, which means the customers who rely upon the utility for critical water service will bear this enormous financial cost.

An additional problem is that cities are fully developed and totally reliant upon their aging infrastructure, and construction for new mains and facilities is lengthy, difficult, costly, and extremely troublesome to businesses and consumers. Beyond these normal obstacles, local community activists tend to be extremely effective in slowing or even stopping much-needed urban utility expansion and upgrade projects.

Finally, shipping dirty water to a central point for treatment violates modern expectations for greenhouse gas (CO2, methane) and nutrient (nitrates, phosphorus) emissions, especially when the conveyance network is degrading. While the concept and intent of large centralized utilities appears noble, the practical reality is that the large mega utility model is antiquated and rapidly falling behind in its ability to cost-effectively and safely service its customers.

Can Mega-Spending Fix the Problem?

Before we abandon the idea of central utilities, can all this be caught up with massive, Manhattan Project-style efforts?

Florida’s Miami-Dade County is a poster child for the problem (bit.ly/2YPSEGs). Currently, more than 100,000 sites in the county are on septic tanks. Increased flooding is leading to large-scale failure of these disconnected systems, with untreated sewage discharges commonly seen at the property and street level. The county recently proposed a conceptual expenditure of $6 billion to connect these sites to the central sewage system, while independent estimates range as high as $8 billion. 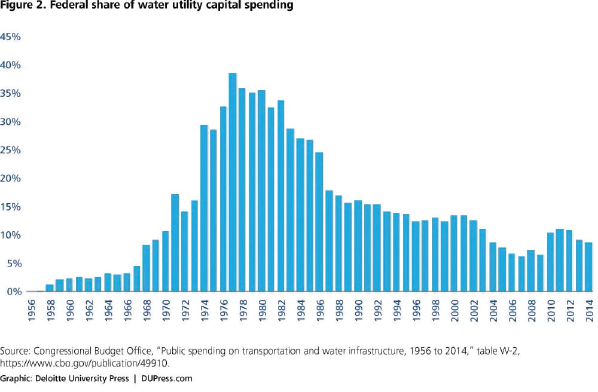 Even assuming successful funding in a region that’s generally tax-opposed, the fact that these sites are so distant from the central sewer utilities means communities will experience decades of daily impacts related to torn-up streets and disruptions to local economic business activity, while the original environmental problems continue unabated.

Water recycling rates in the United States are stuck at about 1 percent (bit.ly/2MhVLAv), while recycling in many existing central utilities in today’s developed cities isn’t practical. Imagine trying to recycle water that has flowed from Los Angeles to the massive Hyperion plant in El Segundo, by the Santa Monica Bay. There’s only one direction the treated sewage can go: into the ocean. There’s no infrastructure for sending the water back uphill for reuse, and, worse yet, the cost to construct such a recycling system is beyond the coffers of even a very prosperous region of America.

Regional authorities, such as California’s San Diego County, have to deal with citizen revulsion at the mere concept of “toilet to tap.” This tends to add time and trouble to any centralized recycling effort.

Punitive water rates in drought-intensive regions such as California are a major incentive for users to recycle water, but all their outflow is sent to a central facility; they have no ability to act.

Even assuming billions in funding and long-term burdens on the taxpayer, major central upgrades take years of planning and engineering, and years of disruptive construction, assuming no community challenges, which would lead to further cost overruns and delays.

Meanwhile, aging water distribution and wastewater collection systems are leaking precious clean water and harmful untreated wastewater into the local environment, all at a cost to the individual utility customer and with an increasing negative impact to the environment from pollution discharges that are inevitable when wastewaters are conveyed over significant distances using leak-prone systems.

The century-old vision of massive central facilities servicing all users isn’t only unrealistic, but in light of environmental impacts, it’s no longer feasible and is downright dysfunctional. In short, we don’t have the time or resources to effectively manage air- and water-pollution impacts created by large utilities in heavily urbanized metropolitan areas that rely upon these utilities.

Although governments and the mega-water companies are drawn to massive billion-dollar projects, these are no longer realistic. The centralized model doesn’t need to be abandoned, but there’s an emerging decentralization trend that can dramatically reduce the burden on central resources. This hybrid approach distributes the workload out to end points to reduce the massive task of rebuilding our infrastructure. Figure 3 depicts a typical mixed-use decentralization model. 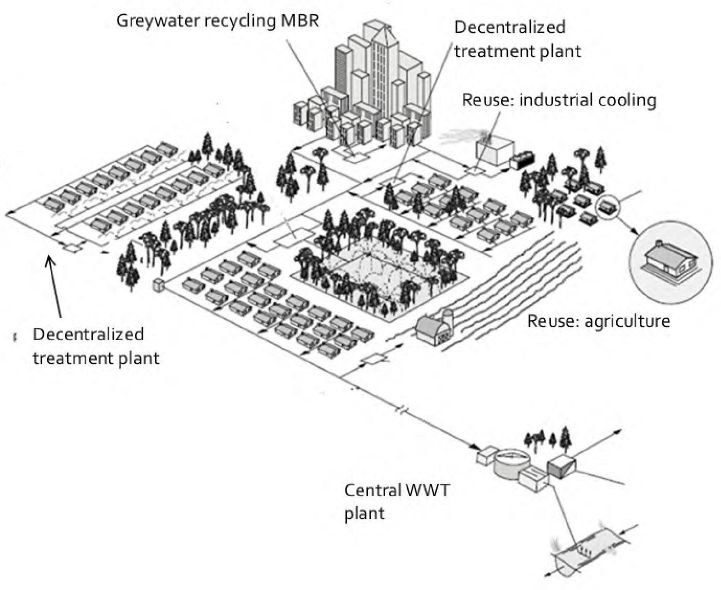 Figure 3. According to Lux Research, decentralization “is the collection, treatment and disposal or reuse of wastewater from individual homes, clusters of homes, isolated communities or institutional facilities as well as from existing communities, at or near the point of waste generation.”

Implementation of modular, decentralized systems permits the reuse of onsite water, thereby reducing overall water demand, and can provide a level of treatment that will significantly reduce the overall impact any end user will have on the local and global environment.

If a modular wastewater treatment process were implemented to reduce the carbon and nutrient load on the local water resource systems, it’s entirely possible to sustainably achieve a 99-percent removal rate for carbon from this same waste stream.

Depending upon the type of process implemented, there’s an estimated nutrient removal rate between 70 to 99 percent for nitrogen and phosphorus, respectively. These values are significant in their total mass loading and reflect a tangible reduction in potential harm to the environment.

Beyond carbon and nutrient footprint reduction, this same treatment capability will provide the opportunity to recover water that exceeds the most-stringent permit requirements, so water can be reused for secondary purposes such as cooling towers, landscape water features and site irrigation.

In warm and arid environments, most of the recovered wastewater can be used for site irrigation and cooling water. In more-temperate climates with higher annual rainfalls, it’s still possible to discharge these same highly treated waters without any fear of impact to the local soil and water resources.

A decentralized or modular solution can reduce water and nutrient footprints (carbon, nitrogen and phosphorus) in a single package, effectively reducing the impact on the local water district and environment.

Hybrid treatment methods featuring advanced blackwater treatment followed by advanced clean-water processing can convert the nutrients to less-harmful compounds or even capture them for a beneficial purpose.

Point-of-use treatment substantially lessens water and nutrient burdens on the municipality. In addition, reducing this burden helps mitigate the overload problems that these utilities are experiencing.

We now can deploy advanced treatment equipment at the point of use, so the local point-of-use contribution of pollution to the common public sewer utility is drastically reduced or eliminated, which reduces the demand placed on the greater public utility, resulting in a net reduction in the water and nutrient footprints on the global environment. 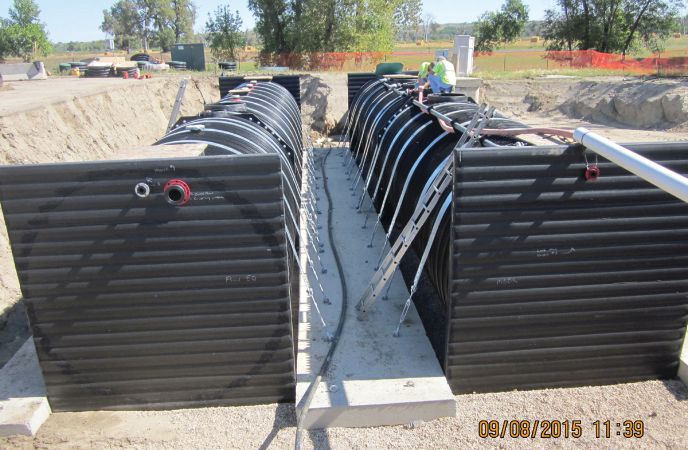 Modular systems built with SRTP are self-standing and typically require only a pad and straps onsite. The system
pictured is a 40,000-gallon-per-day wastewater treatment plant.

From Small to Very Large

Modular, decentralized solutions can be integrated from the small commercial level to very large institutional facilities. Every new multi-story building erected along urban skylines soon will be equipped for potable water treatment, gray-water treatment and blackwater treatment systems, routinely delivered and intelligently controlled like an elevator or HVAC system, so the facility can reuse its consumed water multiple times, while reducing the water and wastewater treatment capacity demands on the local water utility. 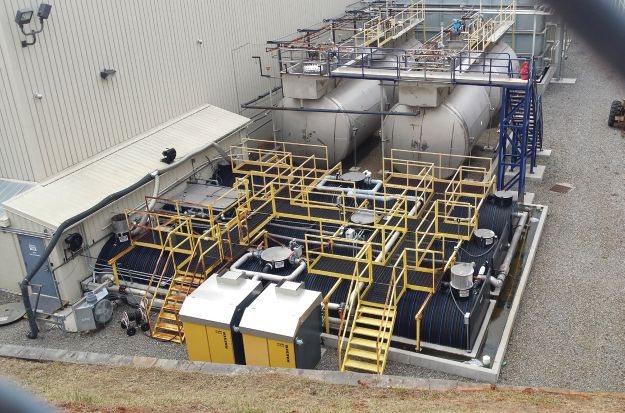 This modular system pretreats industrial wastewater on premises. Multiple SRTP-based modules can be combined to expand the system.

This trend toward decentralized service within a massive existing centralized infrastructure environment could not have been envisioned by water planners 10 years ago. Today, it’s a growing reality that offers a practical solution in the nick of time for our cities, nations and the world.

The key is to leverage rapidly evolving manufacturing and technology capabilities in new configurations that solve real-world problems where they’re most effective: at the point of use. Ultimately, this will drive better health outcomes, economic growth and reduced environmental impacts.

Riggs Eckelberry is the chairman and CEO of OriginClear Inc.; email: riggs@originclear.com.