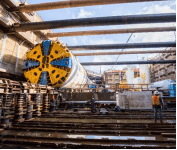 Since 2015, the international competition “the ITA Tunnelling Awards” seeks and rewards the most ground-breaking innovation and outstanding projects in tunnelling and underground space use. This year the event took place in Miami in conjunction with Cutting Edge Conference of UCA of SME. After editions in Hagerbach (Switzerland), Singapore, Paris (France) and Chuzhou (China), the fifth ITA Tunnelling Awards moved to the United States of America for the 2019 event. The four previous editions of the ITA Tunnelling Awards received 333 entries and 139 nominations, rewarded 41 projects and personalities and gathered almost 1000 attendees.

The project will extend from the Los Angeles Metro Gold Line Little Tokyo/Arts District Station to the 7th Street/Metro Center Station through downtown Los Angeles. 3 new metro stations will be constructed: Central, Broadway and Hope. Hope is estimated to be the deepest station in Los Angeles, 120 ft below ground. The project includes a connection to the existing 7th St. and Flower Station. This project will allow people to ride from Santa Monica to East Los Angeles and Azusa to Long Beach without having to change trains, but also connecting the Exposition and Blue lines directly to Union Station. LA Metro estimates that the Regional Connector will increase ridership across the entire transportation system by 17,000 people per day and save commuters an average of 20 to 30 minutes by reducing the need to transfer to different lines.

Major challenges were encountered during the works and consequently, a few innovations were implemented. Unforeseen obstructions during the TBM drive and SEM construction were unique and extremely challenging. Armed by the support of all teams, the project overcame those difficult challenges by turning a one-month delay into a two-month schedule acceleration.

The overall cost of the project is estimated at $1.2 billion. 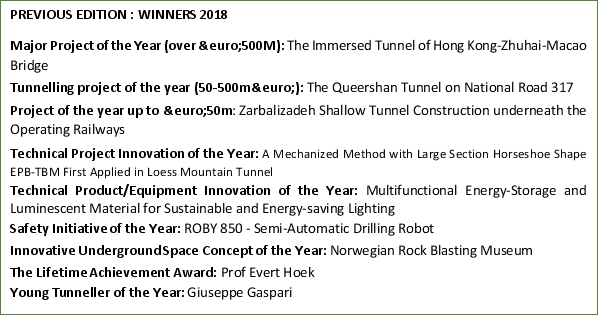