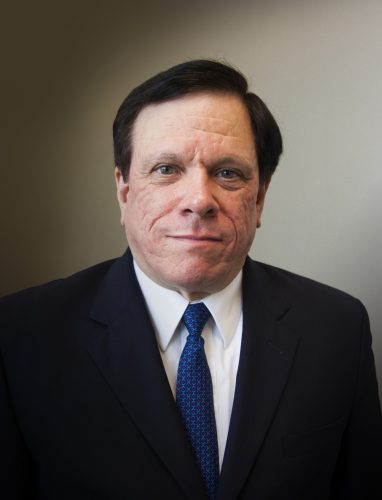 During seven months from 2006 to 2007, three firefighters—in three separate fire-related incidents—died from injuries sustained after falling through the floor on which they were walking. Each tragedy had one thing in common: the floors were constructed with lightweight engineered-wood floor systems. These firefighters’ experiences with conventional solid sawn lumber provided guidance on how long one could be near such construction when it was on fire.

Engineered wood, however, which has longer spans and is manufactured from multiple materials, was found to collapse much-more rapidly under fire conditions. Studies by several agencies in the United States and Canada confirmed these observations. Among the recommendations resulting from the studies: lightweight construction should be protected by a fire barrier, and sprinkler systems should be provided.

Since engineered-wood floor systems have become very popular, code provisions essentially prohibiting unprotected floors constructed with lightweight framing members were proposed for revision to the International Residential Code (IRC) back in 2009 and 2010. The scope of what would be considered lightweight construction included engineered wood as well as trusses and cold-formed steel framing. No fewer than six separate revisions by different entities were submitted to the IRC publisher, the International Code Council (ICC), as amendments.

The ICC code change process involves several steps before inclusion is possible. First, the proposal and reasoning are published for public review. The intermediate step is to gain approval of the IRC code committee: a group of construction professionals. At the code development meeting, the IRC code committee rejected all six proposals but indicated that some coordination of the six proposals should be undertaken.

One of those rejected proposals, known as RB 87 09/10, garnered support, and no fewer than six public comments offering revised language were submitted for reconsideration into the IRC. These revised proposals were debated during the final step of the code change process, which is a vote by representatives of the participating regulators and code officials at a subsequent meeting. One of the public comment revisions was approved by the ICC voters.

In the 2015 IRC, the provisions were moved from Section R501.3 to Section R302.13. Language was added to allow for penetrations or openings in the fire-protection membrane. Subsequently, questions were raised on Exception 2. It was contended that the exception didn’t apply to electric appliances; the provisions were revised in the 2018 IRC to include fuel (gas) fired and electric equipment. The ICC explanation of revised Section R302.13 states that the requirements are intended to apply to light-frame steel or wood construction. Examples given include I-joists, trusses and cold-formed steel framing.

In the 2018 IRC, the code section on fire protection reads as follows:

R302.13 Fire protection of floors. Floor assemblies that are not required elsewhere in this code to be fire-resistance rated, shall be provided with a 1/2-inch (12.7 mm) gypsum wallboard membrane, 5/8-inch (16 mm) wood structural panel membrane, or equivalent on the underside of the floor framing member. Penetrations or openings for ducts, vents, electrical outlets, lighting, devices, luminaires, wires, speakers, drainage, piping and similar openings or penetrations shall be permitted.

Install with a Membrane

The principal objective is to protect floor framing with a membrane. Gypsum wallboard and wood structural panels (oriented strand board (OSB) and plywood) are deemed to comply as fire-protective membranes. An “equivalent” membrane is an option, although the means to establish equivalence are not explained in the IRC.

Four exceptions to membrane installations are given, yet the concept behind each differs. While the use of sprinklers (Exception 1) and unprotected wood floors (Exception 4) are oriented to improve the floor construction and reduce the potential for rapid collapse, the other two exceptions—having clear crawl spaces (Exception 2) and limiting the unprotected area (Exception 3)—accept that the risk of hazard to occupants in these conditions is minimal. One will note that the main membrane provision, Exception 1, and Exception 4 allow for “equivalent” measures, but Exceptions 2 and 3 do not.

In Exception 4, the IRC exempted wood-floor construction with 2-by-10 solid lumber or SCL framing from the membrane protection (gypsum wallboard, OSB, plywood or equivalent), allowing direct exposure. Second, the exception allowed for any number of suitable methods for floor construction to be permitted without either a membrane protection or fire-sprinkler system, provided the level of fire protection is equivalent to the 2-by-10 performance. ICC didn’t provide much guidance on how equivalence could be determined in the 2012 IRC commentary, leaving the responsibility to the local regulators enforcing the code.

There are a number of possible options for establishing equivalent fire performance in fulfillment of Exception 4. One option is to apply a fire-protective coating to the floor construction. IAPMO Uniform Evaluation Service has published EC-017, The Evaluation Criteria for Field-Applied Fire Protective Coatings, to document specific requirements for coatings applied to construction already in place (i.e., field-applied). This installation condition is similar conceptually to spray-applied fireproofing on steel construction.

EC-017 doesn’t prescribe the composition of coatings that may be permitted. Instead, the performance of the coating is documented by extensive testing. While EC-017 also documents the fire-protective coatings’ attributes as a finish exposed to the building interior and as a component of a fire-resistance-rated assembly, this column will focus on compliance with Exception 4 to IRC Section R302.13 as an equivalent means of providing fire-protection to floors.

EC-017 provides specific interpretations of the idea of “equivalent fire performance” stated in Exception 4 to IRC Section R302.13. The means to benchmark the fire performance of 2-by-10 lumber relies not on a test but a calculation. Chapter 16 of the AWC National Design Specification for Wood Construction (NDS) provides a calculation procedure that’s referenced by EC-017, including the parameters to be followed (e.g., joist size, the number of exposed sides, nominal char rate, bending strength ratio and a loading limit).

The test method is based on ASTM E119/UL 263—but allows for a test assembly smaller than the full-scale specified in the standard—to accommodate single or multiple joists. The clear span needs to be at least 12 feet, and multiple joists need to be equally spaced to permit a balanced exposure to the heat and fire induced during the test. The loading on the joists is permitted to be 50 percent of the allowable design load computed from structural properties.

The time to failure needs to equal or exceed the duration indicated by the NDS calculation for 2-by-10 solid lumber construction, and failure is determined by examining the time to collapse of the joists. In addition, limits in ASTM E119/UL 263 with respect to deflection and the rate of deflection are considered as failures. Furthermore, a slowdown in the deflection rate may indicate the load is transferring from the joists to other portions of the test construction due to a loss of stiffness, and such a decrease also is considered a failure. However, if it can be demonstrated that the decrease in the deflection rate was not attributable to a change in the load path, this item may be waived.

There are test requirements referenced in EC-017 to assess whether the coating affects the joist’s structural properties by testing the strength of coated and uncoated joists as well as comparing the properties from matched testing. In addition, it’s known that certain fire-protection materials corrode metals over time. EC-017 provides for testing the potential for corrosion of metals in contact with the coating.

The number of casualties stemming from the failure of lightweight floors exposed to fire resonated with the building and fire-protection professions. Subsequent investigations into the circumstances surrounding the floor failures prompted new code requirements specifying means to protect these floors from extensive fire damage. One option is to field-apply fire-protective coatings to the framing and other floor components. EC-017 provides a detailed set of testing and analytical methods to qualify the performance of the coatings to lessen the risk of collapse from fire exposure.