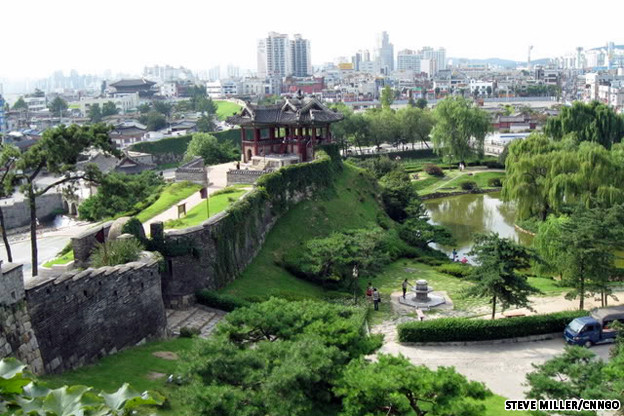 Attendees of the Esri International User Conference (Esri UC) will receive the world’s first look at the Urban Observatory—a live museum with a data pulse. A ground-breaking experience, the Urban Observatory allows people to explore simultaneous views of major cities located around the world. It provides dynamic, flowing content organized around the themes of work, people, places, movement, and systems.

The Urban Observatory is brought to you by Richard Saul Wurman, creator of Technology/Entertainment/Design (TED) and 19.20.21; Jon Kamen of the Academy Award-, Emmy Award-, and Golden Globe Award-winning film company @radical.media; and Esri president Jack Dangermond. The exhibit will be unveiled July 8, 2013, at the Esri UC, to be held at the San Diego Convention Center in San Diego, California. The Esri UC is expected to attract more than 14,000 attendees.

“A map is a pattern made understandable, and patterns must be compared to understand successes, failures, and opportunities of our global cities,” says Wurman. “The Urban Observatory demonstrates this new paradigm, using cartographic language and constructive data display. People and cities can use maps as a common language.”
“The Urban Observatory tells the story of the global community through analysis of our largest, most unique cities,” says Dangermond. “Interactive maps and standardized information let you investigate every aspect of life. It establishes a common language for cities to share and learn.”

Attendees can visit the Urban Observatory to compare and contrast complex systems using visualized map information for a clearer understanding of life in the twenty-first century. The exhibit features large digital displays of maps, images, videos, and authoritative data for cities around the world.

More than 16 cities contributed data. The creative and technical forces at @radical.media and Esri built the first iteration of the exhibit with state-of-the-art software, hardware, fiber optics, custom kiosks, and high-quality monitors.

An ArcGIS Online web application that allows people to interact with rich datasets for each city powers the Urban Observatory experience. People can use the Urban Observatory web application to easily compare cities by using a simple web browser. As a user zooms in to one digital city map, other city maps will zoom in parallel, revealing similarities and differences in density and distribution. For instance, a person can simultaneously view traffic density for Abu Dhabi and Paris or simultaneously view vegetation in London and Tokyo.

The Urban Observatory application and exhibit will continue to evolve beyond the Esri UC. Future iterations will include more content and cities. The Urban Observatory will supply extensive benefits for government agencies and private businesses. For example, governments can view residential land use for one city and compare it to another, making discoveries along the way that have implications for their local municipalities. Businesses can explore population data, commercial buildings, and traffic patterns to make sound decisions.

Both the physical exhibit and the cloud-based web application will launch on Monday, July 8. Anyone with a free ArcGIS Online account can access the web application, which lets people explore mapped information by theme or city.

For more information about the Urban Observatory, visit www.urbanobservatory.org. To learn more about the 19.20.21 initiative, visit www.192021.org.